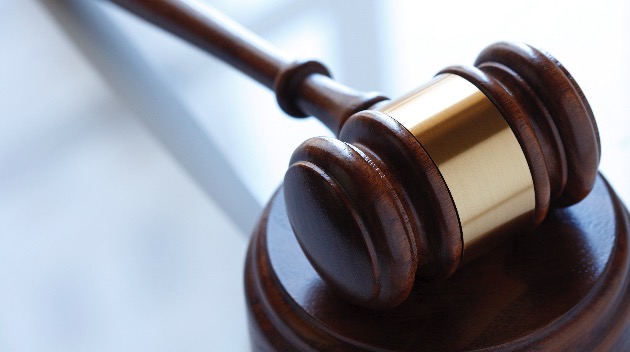 (MINNEAPOLIS) — At Derek Chauvin’s murder trial on Wednesday, jurors heard from a forensic pathologist who stressed that Floyd’s heart and health conditions, his drug use and the carbon monoxide released from a nearby police car played a “significant” role in his death.

The defense continued to try to sow reasonable doubt against the prosecution’s case that Floyd died because of restraints by police officers, including Chauvin’s knee pressed down on his neck on May 25 in Minneapolis.

Chauvin’s attorney, Eric Nelson, told the jury Floyd died from a combination of heart disease and an overdose of fentanyl and methamphetamine, which were found in his system during an autopsy.

Court proceedings kicked off with Judge Peter Cahill quashing a subpoena for Morries Hall, who was in a vehicle with Floyd the day he died, to testify. Hall has been identified during trial testimony as a suspected drug dealer from whom Floyd obtained narcotics.

He said he wanted to invoke the Fifth Amendment to avoid any incriminating testimony.

Dr. David Fowler, a former Maryland chief medical examiner, testified for more than five hours as a paid witness for the state.

He asserted Floyd died of sudden cardiac arrhythmia caused by his underlying health conditions during his subdual by the police. This is contrary to the testimony of several other medical experts who testified that Floyd died of asphyxia.

Fowler said Floyd’s heart condition, drug use and a potential stomach tumor played a “significant” role in the man’s death. For the first time, the court heard of another potential contributing factor — carbon monoxide exposure, from the tailpipe of a nearby police car while Floyd was pinned to the ground.

“They contributed to Mr. Floyd having a certain cardiac arrest, in my opinion. That’s how I would read it,” Fowler said.

However, Fowler stressed that carbon monoxide poisoning wasn’t a primary cause of death. Floyd’s blood was not tested for carbon monoxide, the doctor added.

Fowler said he ruled out asphyxia as a cause of death, adding that because Floyd was groaning, the pressure on the neck didn’t block his airways.

Fowler testified he found no bruising on Floyd’s neck or back and suggested that if Chauvin exerted significant pressure there would have been bruises.

“In your opinion, the absence of such injury, how does that speak to the cause of death?” Nelson asked.

“It speaks to the amount of force that was applied to Mr. Floyd was less than enough to bruise him,” Fowler replied.

However, several medical experts presented by the prosecution said the absence of bruising wasn’t important, and the weight of Chauvin’s knee and body was sufficient to asphyxiate him.

Fowler testified that if he were the medical examiner in the case, he’d classify the death as “undetermined” because there were so many potential factors.

Fowler has faced controversy in his career. In 2019, he resigned as chief medical examiner in Maryland, and he’s one of several parties being sued by a Maryland family in the death of a Black teen named Anton Black.

Black’s death was eerily similar to Floyd’s. Black died after he was pinned to the ground by police in September 2018 and cried out for his mother. Fowler classified that death as “accidental.”

Upon cross-examination, prosecutor Jerry Blackwell poked holes in Fowler’s testimony and got him to acknowledge that he is not a heart or lung specialist nor a toxicologist.

At one point he became testy with Fowler. He showed photographs of Floyd in the store with something white in his mouth, which was brought up by the defense as a part of their argument that drugs played a role in Floyd’s death.

Blackwell asked Fowler if saying the white substance in Floyd’s mouth was a pill “would be jumping to a conclusion.”

“I never said it was a pill,” Fowler replied. “I carefully said that I could see a white structure in his mouth. I did not want to classify it, and I didn’t.”

He further got Fowler to assert that low oxygen levels played a role in Floyd’s death and that he didn’t exhibit any signs of a fatal fentanyl overdose.

Blackwell also got Fowler to criticize police officers for not offering medical care to Floyd.

“Are you critical of the fact he wasn’t given immediate emergency care when he went into cardiac arrest?” Blackwell aside.

“Yeah,” Fowler said, “as a physician I would agree.”