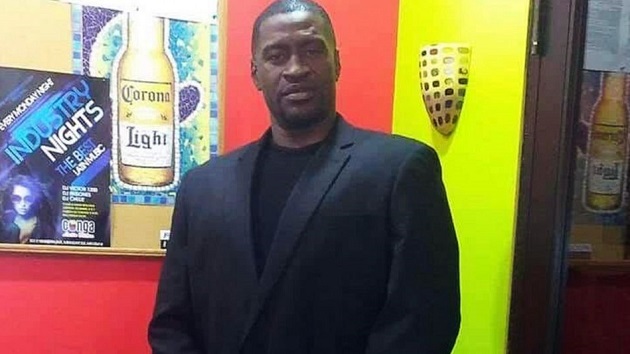 (MINNEAPOLIS) — The trial for Derek Chauvin, the former police officer charged in the death of George Floyd, wrapped its first week in Minneapolis, with opening statements and several key witness testimonies.

The high-profile trial is expected to last another three weeks, as Chauvin faces charges of manslaughter, second-degree murder and third-degree murder. Even President Joe Biden is “watching closely,” according to White House press secretary Jen Psaki.

Here are some key takeaways five days into the court proceedings.

In his opening statement on Monday, prosecutor Jerry Blackwell told the jury that Chauvin “betrayed his badge” when he dug his knee into Floyd’s neck “until the very life was squeezed out of him.”

He played part of a video shot by a teenage bystander of the May 25, 2020, incident and alleged that Chauvin had his knee on the back of Floyd’s neck for longer than 8 minutes and 46 seconds, the time initially included in a criminal complaint. Blackwell said Chauvin dug his knee into Floyd’s neck for 9 minutes and 29 seconds, long enough to cause Floyd’s death as a result of oxygen deficiency.

In his opening statement, Chauvin’s attorney, Eric Nelson, countered that the case is “far greater than 9 minutes and 29 seconds,” and urged the jury to consider all the evidence.

“I am not ready to see the video of my brother being murdered,” she told ABC News Monday evening.

As videos of the incident are dissected and witnesses testify to what they say, Floyd’s family is reliving his death during the trial.

“To actually be in the courtroom and hear them talking about the whole case again and actually seeing Chauvin in the courtroom, it was kind of surreal and intense and emotional,” Floyd’s brother, Terrence Floyd, told ABC News Live.

Witnesses break down on stand

Witnesses called by the prosecution have been providing emotional testimony while taking the stand. Among them, now-former Cup Foods clerk Christopher Martin said he regrets telling his manager about the counterfeit $20 bill that led to Floyd’s detainment and subsequent death.

The high school student behind the viral video of Floyd’s arrest told prosecutors that she wishes she could have done more.

“I stayed up [at night] apologizing and apologizing to George Floyd for not doing more and not physically interacting, not saving his life,” said Darnella Frazier.

Minneapolis firefighter Genevieve Hansen broke down in tears, testifying that she felt helpless and “desperate” when the police prevented her from giving medical aid to Floyd as he lay handcuffed on the ground.

At one point, Hennepin County Judge Peter Cahill called for a 10-minute recess so that one witness, Charles McMillian, could gather himself after watching a composite video of the officers’ body camera and a surveillance camera at Cup Foods showing officers trying to get Floyd in a squad car.

A mixed martial arts fighter who was a bystander to the arrest also became emotional as he recounted what he saw. Donald Williams wiped away tears as he listened to a 911 call he made to police to report Floyd’s arrest.

Given his training, Williams was allowed leeway by Cahill to describe the hold he said he recognized Chauvin was using on Floyd, which he referred to as a “blood choke” hold.

Nelson tried repeatedly to get Williams to say he was getting angrier as the incident unfolded.

“You can’t paint me as angry,” Williams responded.

911 dispatcher: ‘Something was wrong’

The first witness to take the stand in the trial — a Minneapolis 911 dispatcher — told the court she had a “gut instinct” that “something might be wrong” when she saw Floyd on the ground during the arrest on a monitor. Jena Scurry said she “took that instinct” and decided to call the sergeant who supervises police officers.

The fact that Floyd went from the back of the squad car to the ground and officers had not requested additional assistance worried her, Scurry said.

During a cross-examination, when the defense pressed Scurry on her knowledge of Minneapolis Police use of force policies, she said she has only seen police incidents play out live on monitors in the dispatch center three to four times during her seven years as a dispatcher.

Lt. Richard Zimmerman, who has the most seniority of any officer in the Minneapolis Police Department, was the last witness to testify this week. He told the jury that he has never been trained to kneel on the neck of someone who is in handcuffs, and that once a subject is in handcuffs, the threat they may pose to officers “goes down all the way.”

Zimmerman also called the use of force used on Floyd “totally unnecessary.”

When Nelson cross-examined Zimmerman, he tried to paint a picture for the jury that it’s been a long time since Zimmerman was on the streets as a patrol officer, like Chauvin was.