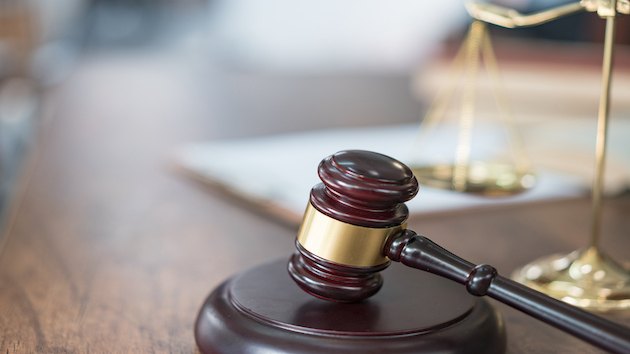 (LOUISVILLE, Ky.) — A jury in Louisville, Kentucky, has found Brett Hankison, the former police officer charged with recklessly shooting into a neighboring apartment during the course of the raid that ended with the death of Breonna Taylor, not guilty on all three counts.

Hankison was charged with three counts of wanton endangerment for firing multiple shots into a neighboring apartment that endangered the lives of three people on March 13, 2020.

The jury deliberated for just three hours before returning its verdict.

Hankison fired 10 shots into Taylor’s apartment, several of which entered a neighboring apartment where a man, child and pregnant woman were living, according to prosecutors.

Bullets and casings from Hankison’s gun were found on the scene and retrieved from a common wall of Taylor and her neighbors.

In an interview with Louisville Metro Police Department’s Public Integrity Unit in the weeks following the shooting, Hankison alleged that he saw muzzle flashes and was “certain” at the time he heard an AR-15 rifle firing out of the apartment.

After he heard gunshots, Hankison said he thought Sgt. Jonathan Mattingly had been shot. He said he assumed other officers were hit as well.

“I thought they were just being executed,” he said.

No AR-15 rifle or corresponding bullets or casings were found on the scene.

Hankison, and fellow officers Myles Cosgrove and Sgt. Jonathan Mattingly, fired 32 shots into Taylor’s apartment while serving a “no-knock” warrant. Taylor, who was in her bedroom in the apartment, was killed.

The plainclothes officers were serving the warrant searching for Taylor’s ex-boyfriend, who they allege was dealing drugs. He was not at the residence, but her current boyfriend, Kenneth Walker, thought someone was breaking into the home and fired one shot from a 9mm pistol at the officers. Mattingly was struck in the leg and officers opened fire, killing the 26-year-old Taylor.

The death sparked outrage nationwide and protests calling for the officers to be held accountable for the killing. To this day, no one has been charged with Taylor’s death.

Hankison and Cosgrove were both fired from the police department.

“Today, the jury rendered its decision. We appreciate the hard work of our prosecutors and respect the decision of the jury,” Kentucky Attorney General Daniel Cameron said in a statement after the verdict was read on Thursday.

This is a developing story. Check back for details.