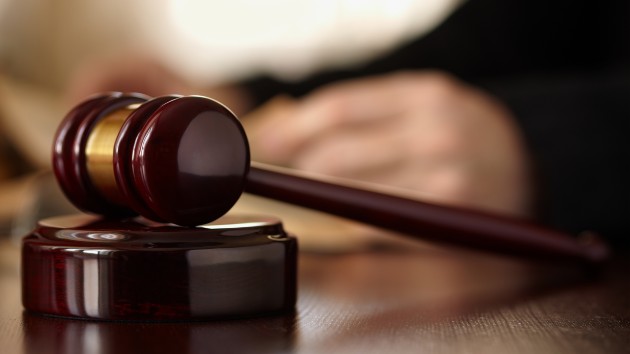 (WASHINGTON) — A federal judge in Washington, D.C., has ordered self-described “QAnon Shaman” Jacob Chansley to remain in government custody pending further legal proceedings in his case on charges related to his role in the Jan. 6 attack on the U.S Capitol.

Saying that Chansley could still constitute a threat to members of the general public, the judge ruled that no conditions could be placed on Chansley that would assure he’d appear before the court in the future.

“At the hearing and in his briefs, [Chansley] characterizes himself as a peaceful person who was welcomed into the Capitol building on Jan. 6 by police officers,” Judge Royce Lamberth said in his ruling Monday. “The Court finds none of his many attempts to manipulate the evidence and minimize the seriousness of his actions persuasive.”

Chansley, who was seen during the insurrection wearing face paint and horns, has pleaded not guilty to charges of civil disorder, obstruction of an official proceeding, violent entry and disorderly conduct on Capitol grounds. Federal prosecutors in his case have described him as a leader within the QAnon movement, which they bluntly described in a previous legal filing as a “dangerous extremist group.”

QAnon, a fringe internet conspiracy that surfaced in 2017, promotes baseless claims that former President Donald Trump is battling a global network of billionaire pedophiles, devil-worshipping Democrats and cannibalistic Hollywood stars and their “deep state” counterparts inside the U.S. government.

In a detention hearing on Friday, Chansley’s attorney, Al Watkins, said that his client was deceived by Trump into believing that joining the mob that stormed the U.S. Capitol that day was part of his patriotic duty.

At the same time, Watkins said his client “was not hiding behind President Trump” and was not “blaming” Trump, and that he has accepted responsibility for entering the Capitol.

Watkins, however, disputed that Chansley was a leader of any portion of the mob, and said that upon Chansley’s arrival at the Capitol, police were at that point essentially welcoming rioters inside the building.

Assistant U.S. Attorney Kimberly Paschall disputed that argument, saying there were at least four points at which Chansley should have recognized, based on the chaos and violence happening at the Capitol, that he was unlawfully entering what was essentially a crime scene.

“There is no reasonable interpretation of events where this man could believe that it was OK once those barricades had come down, once the police were overborn, that he could continue to walk up those steps,” Paschall said.

Paschall also said that, once Chansley entered the Senate chamber, video showed him being asked multiple times by a law enforcement officer to leave.

Describing Chansley as a shaman and a follower of Jesus Christ and Mahatma Ghandi, Watkins said none of Chansley’s actions point to him intending to carry out violence toward anyone at the Capitol — despite him being seen carrying a flag attached to a spear and leaving a note for then-Vice President Mike Pence that said, “It’s only a matter of time, justice is coming.”

Paschall noted that while the government hasn’t charged Chansley with attacking anyone, in interviews after the riot he expressed “delight” that lawmakers were forced to flee the building. Paschall also pointed to a jailhouse interview Chansley gave 60 Minutes+ last week, in which he sought to downplay his actions and said he still adheres to the false belief that the 2020 election was stolen.

“While we can all hope that Jan. 6 is a once in a lifetime event, we can’t rely on that,” Paschall said, arguing that Chansley could still be susceptible to breaking the law if he continues to believe the current government seeking to hold him accountable is illegitimate.

Judge Lamberth, in the meantime, chastised Watkins for arranging his client’s 60 Minutes+ interview without the judge’s approval, calling it an act of subterfuge.

Watkins apologized and explained that he believed Lambert’s permission wasn’t required since the interview was taped via a videoconference line in his own office. But Lamberth said he was told by the jail that Chansley was only allowed to join Watkins via videoconference for an attorney-client interview.

In his ruling Monday, Lamberth also cited comments Chansley made in the interview that suggested Chansley “does not understand the severity of the allegations against him.”