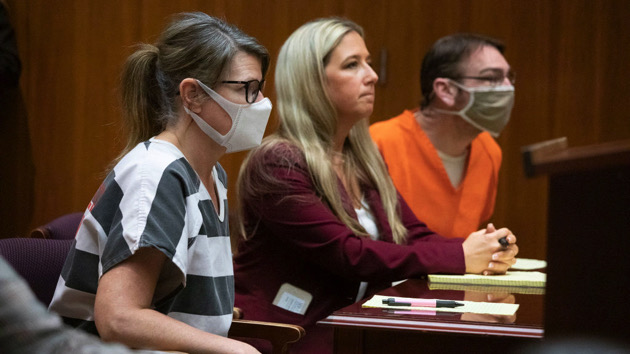 (PONTIAC, Mich.) — The parents of the accused Michigan school shooter were denied a request to reduce their bond on Tuesday.

Circuit Court Judge Cheryl Matthews said the events leading to the arrest of Jennifer and James Crumbley make the bond currently set appropriate, as their actions were “premeditated to conceal their whereabouts.”

The two are charged with four counts of involuntary manslaughter after allegedly failing to recognize warning signs about their son in the months before their son allegedly shot and killed four of his classmates at Oxford High School on Nov. 30, 2021.

Prosecutors have accused the parents of giving their son a gun that was later used in the school shooting and allege the parents hid in an abandoned warehouse in Detroit and had concealed their car by hiding their license plates instead of turning themselves in the day they were charged.

Their son, 15-year-old Ethan Crumbley, is facing 24 counts, including four counts of murder and a terrorism charge

A judge ruled that Ethan Crumbley must remain in adult jail. His lawyers said in January they will claim an insanity defense. He is being held in isolation, under behavior watch, and must be checked on every 15 minutes.

A lower court denied a similar motion to reduce their bond in January.