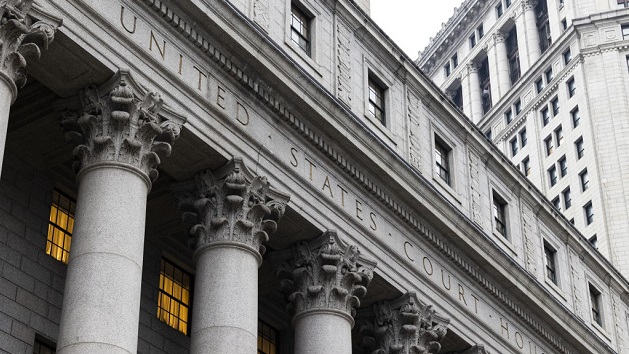 (NEW YORK) — A federal judge in New York has denied Ghislaine Maxwell’s request to overturn her sex trafficking convictions for lack of evidence but agreed with the defense that some of the counts were repetitive, reducing by 10 the number of years in prison Maxwell faces when she is sentenced next month.

Maxwell, 60, was convicted of five charges: sex trafficking of a minor, transporting a minor with the intent to engage in criminal sexual activity, and three related counts of conspiracy.

The judge agreed with the defense the conspiracy counts were “multiplicitous” because they charged the same offense.

“The overarching conspiracy — which, as the Government argued and proved at trial, employed a single ‘playbook’ to groom and sexually abuse underage girls — constitutes a single conspiracy offense with multiple victims,” the decision said.

Maxwell is scheduled to be sentenced June 28.

“This legal conclusion in no way calls into question the factual findings made by the jury. Rather, it underscores that the jury unanimously found — three times over — that the Defendant is guilty of conspiring with Epstein to entice, transport, and traffic underage girls for sexual abuse,” the decision said.

The conclusion does, however, reduce by 10 years the maximum possible prison time. Maxwell could be sentenced to as many as 55 years in prison.

Nathan previously rejected Maxwell’s bid for a new trial based on a juror’s disclosure during deliberations that he had been sexually abused as a child. The juror failed to make the disclosure during a pre-trial questionnaire.