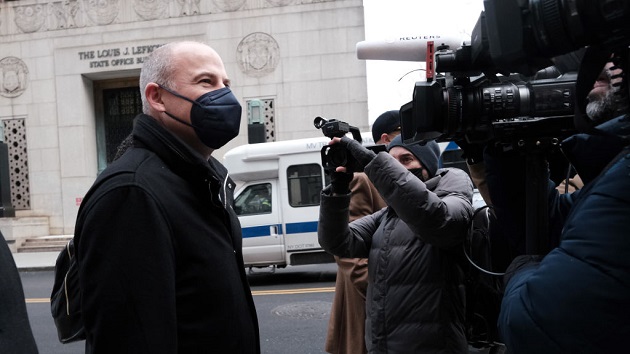 (NEW YORK) — On the second day of his trial in Manhattan federal court, Michael Avenatti has asked to represent himself.

Avenatti had been appointed taxpayer-funded counsel from the Federal Defenders of New York as he fights charges he stole $300,000 from adult-film actress Stormy Daniels.

Avenatti unexpectedly asked Judge Jesse Furman Tuesday to continue pro se after what Avenatti described as a “breakdown” with his attorneys.

The move would put witnesses who used to work for him in the unusual position of being cross-examined by their former boss.

The judge granted Avenatti’s wish, despite expressing concern Avenatti is effectively trying to testify without formally taking the witness stand as his lawyers had signaled there was a “strong possibility” he would.

This also means Avenatti will cross-examine Daniels when she testifies, as she is expected to do later this week.

Daniels was supposed to be paid $800,000 in four installments for writing her autobiography, including details of her long-denied affair with former President Donald Trump. The prosecution said Avenatti stole two of those payments because he was having personal financial problems and his law firm was having trouble making payroll and paying for office space.

Avenatti has pleaded not guilty and his attorney said there was no theft.