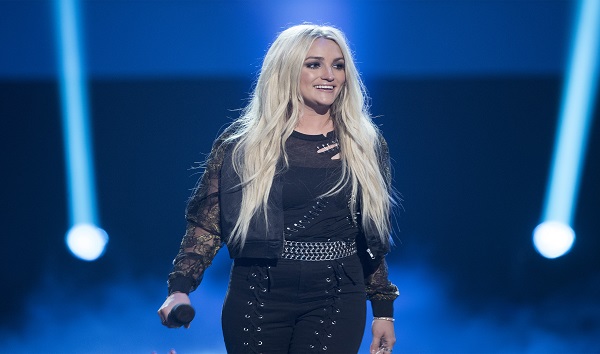 (LOS ANGELES) — Jamie Lynn Spears broke her silence on her sister Britney Spears’ bombshell testimony in which she pleaded with a judge to end her long-standing conservatorship.

In a series of Instagram Stories seemingly directed at critics, the “Zoey 101” alum said she’s “proud” of the “Toxic” singer for finally speaking out about the conservatorship, which was established 13 years ago.

Jamie Lynn said the reason she hasn’t spoken out on the issue is because she felt it was important for Britney “to speak for herself and say what she felt she needed to say publicly” because it “wasn’t [her] place and it wasn’t the right thing to do” until then.

“I think it’s extremely clear that since the day I was born I have only loved, adored and supported my sister. I mean, this is my freaking big sister before any of this b——-,” she explained, adding that she supports her sister’s desire to do whatever makes her happy because she “[has] nothing to gain or lose either way” from Britney and she is “only concerned about her happiness.”

“I have made a very conscious choice in my life to only participate in her life as her sister and as an aunt to those boys,” she continued, getting teary-eyed while referencing her nephews, Britney’s two sons, Sean and Jayden.

“Maybe I didn’t support her the way the public would like me to, with a hashtag on a public platform, but I can assure you that I’ve supported my sister long before there was a hashtag and I’ll support her long after,” Jamie Lynn added, presumably referencing the #FreeBritney, a fan-led movement aimed at seeing Britney’s regain control over her life and career.

Under the conservatorship, Britney and Jamie Lynn’s father, Jamie Spears, has acted as a co-conservator of his eldest daughter’s estate, along with financial group Bessemer Trust, which was appointed by a judge last year. Previously, he also acted as the singer’s personal conservator, giving him the power to make decisions about her medical care, though he left that position in 2019.

Britney has not controlled her life or career since the conservatorship was established in 2008. At the time, Spears had been displaying increasingly erratic behavior and was hospitalized twice due to mental health struggles.

Jamie Lynn said she doesn’t “owe the public anything because my sister knows I love her and support her” and Britney is the “only person” she owes anything to.

“I love my sister,” Jamie Lynn said. “Always have, always will as long as she’s happy. So, let’s keep praying.”

At a June 23 hearing, Britney pleaded with a judge to end her 13-year conservatorship, telling the judge, “I just want my life back.”

During her 23-minute testimony, Britney claimed that under the conservatorship she has been forced to attend treatment programs against her will, made to work, and has not been permitted to get married or have a baby.

“I’ve lied and told the whole world I’m OK and I’m happy. It’s a lie,” she said in the hearing. “I’ve been in denial. I’ve been in shock. I am traumatized. I’m not happy. I can’t sleep. I’m so angry it’s insane. And I’m depressed. I cry every day.”

Then, on Friday, in the first post since her testimony, Britney apologized to her followers on Instagram for not being more transparent about her actual life and using the social media platform as an escape from her reality.

As for what’s next in her case, Britney told the judge she was unaware that she could file to petition the court to end the conservatorship. Her court-appointed lawyer, Samuel D. Ingham III, later said, “If my client directs me to file a petition to terminate [the conservatorship], I’m happy to do that.”