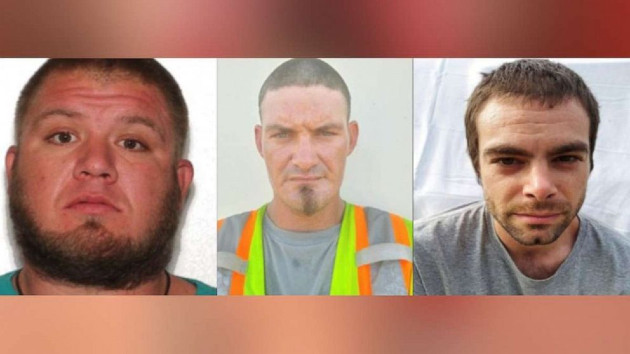 (OKMULGEE, Okla.) — Police are searching for clues in the mysterious disappearance of four close friends in Oklahoma.

Mark Chastain, 32; Billy Chastain, 30; Mike Sparks, 32, and Alex Stevens, 29, were last seen leaving one of their homes in Okmulgee around 8 p.m. Sunday reportedly riding bicycles, according to the Okmulgee Police Department.

Both of the Chastain men and Sparks were reported missing by one of their spouses during the overnight hours on Monday, police said. Stevens’ mother contacted authorities a few hours later to also report her son’s disappearance.

At this time, there is no evidence indicating violence or any foul play, officials said.

“These men are exhausted,” Police Chief Joe Prentice said in a Facebook post shared on Wednesday. “I am sending them home to get rested and we will start fresh tomorrow, unless something time sensitive comes in overnight.”

According to investigators, two of the men are believed to have cellphones with them, however, attempts to contact them go straight to voicemail.

Chastain’s cellphone was tracked to an area south of Okmulgee, but was turned off or lost power at some point. Officers checked the area, but found no sign of the men, police said.

Anyone with information regarding their whereabouts is urged to contact the Okmulgee Police Department.