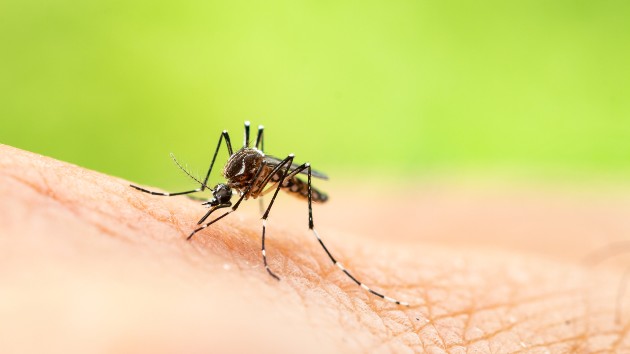 (NEW YORK) — A new invasive species of mosquito that has the potential to transfer diseases from animals to humans has been found in Florida.

The species, Aedes scapularis, was predominately found in South and Central America, as well as the Caribbean islands, but it recently became established in South Florida for the first time, according to a study published in the journal Insects, part of the Multidisciplinary Digital Publishing Institute.

Aedes scapularis is known to transmit pathogens and has potential public health implications for the Sunshine State, according to the study. It could present the dispersal and establishment of diseases from other countries into the U.S., scientists said.

Scientists are now tracking the species to see how it spreads throughout the state, as at least 16 counties in Florida, as well as parts of Texas and along the Gulf Coast, have been predicted to be “highly suitable” for it to thrive.

In Brazil, the mosquitos have been found to be infected with diseases such as the yellow fever virus and the Venezuelan equine encephalitis virus.

The mosquito feeds on both animals and humans, posing the possibility of a spillover event, which involves a virus overcoming barriers to become feasible in another species. Researchers believe the COVID-19 pandemic is the result of a spillover event, after the virus was reportedly transferred from bats to humans.

Climate change also plays a factor, scientists said. As the global temperature warms, the geographical area where the species can thrive may increase, creating a larger area in which to spread disease.