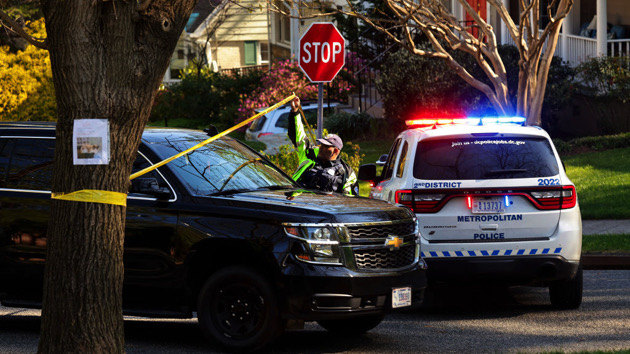 (WASHINGTON) — An alleged “intruder” at the Peruvian Embassy in Washington, D.C., was shot and killed by Secret Service Wednesday morning, according to authorities.

The ambassador’s relatives were inside and called the police just after 8 a.m., Contee said.

The suspect was shot “following a confrontation” in the backyard of the residence, the Secret Service said. Contee said the suspect allegedly pulled a metal stake on police. Officers used lethal force when Tasers didn’t work, he said.

Contee said a motive remains under investigation, adding that it’s unclear if the suspect knew it was an ambassador’s residence.

The Peruvian ambassador’s residence was damaged by the break-in but the ambassador, his family and staff, along with Secret Service agents, are all safe, the embassy said in a statement.

Two officers are being evaluated for injuries, Contee said.