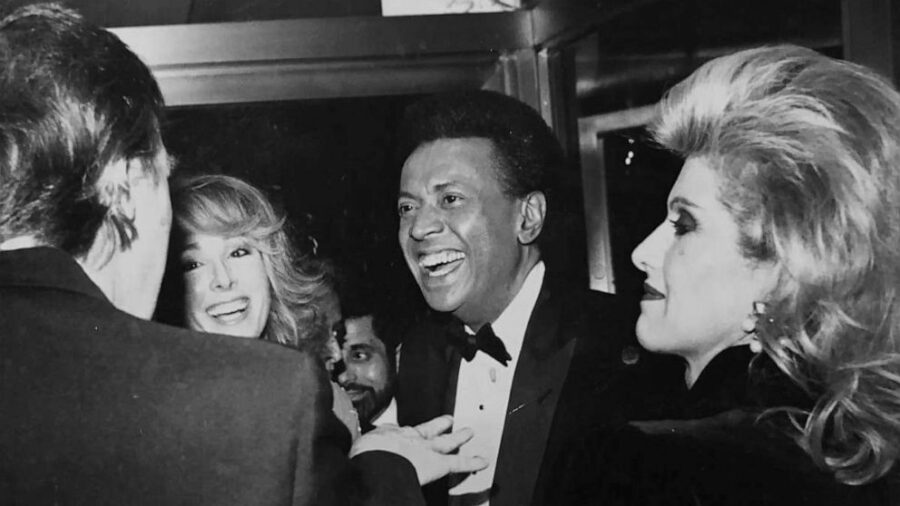 (NEW YORK) — Former President Donald Trump momentarily mistook a woman who has accused him of rape for his second wife during a legal deposition, a newly released transcript shows, raising possible questions about the viability of Trump’s defense in a defamation lawsuit brought by the accuser.

Trump has denied knowing the accuser, former Elle magazine columnist E. Jean Carroll, who alleges that Trump attacked her in the dressing room of the Bergdorf Goodman luxury department store in the 1990s.

Carroll claims Trump defamed her in 2019 when, during his presidency, he denied her rape claim by calling her a liar and saying “she’s not my type.” However, when Trump was shown a black and white photograph during an October deposition by Carroll’s attorney, a newly unsealed transcript shows that he mistook Carroll for his second wife, Marla Maples.

“I don’t even know the woman. I don’t know who — it’s Marla,” Trump said upon seeing the 1990s photo of him and Carroll, according to the transcript.

Trump’s lawyer, Alina Habba, quickly corrected him, saying “No, that’s Carroll,” according to the transcript.

A different portion of the transcript shows Trump called Carroll a “whack job,” among other insults, as he vehemently denied the rape accusation.

“She made up the story. It’s a total lie. She knows it. She did it to sell a book, I guess, or something,” Trump said during the October 2022 deposition.

Trump has sought to have the U.S. government substitute for him as the defendant, a position that the Justice Department under President Joe Biden has continued to support. However for that to occur, the D.C. Court of Appeals must decide that Trump was acting within the bounds of his employment as president when he allegedly defamed Carroll.

The substitution of the United States for Trump would end the case since the federal government cannot be sued for defamation.

Carroll filed a second lawsuit against Trump in November alleging defamation and battery.