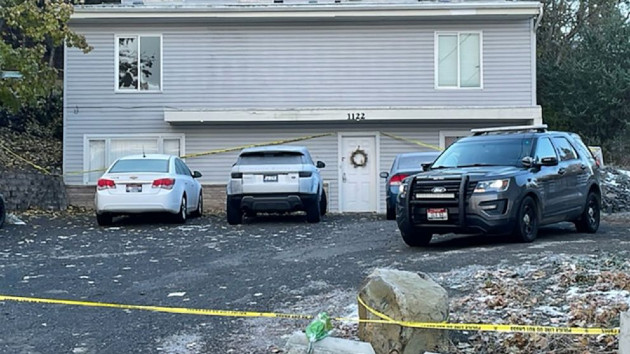 (MOSCOW, Idaho) — Authorities are receiving an influx of 911 calls from the fearful University of Idaho community weeks after four students were stabbed to death in an off-campus house.

Kernodle, Mogen and Goncalves were roommates. Chapin was sleeping over with Kernodle, his girlfriend.

Moscow police said Sunday that, since the killings, they’ve received 78 “unusual circumstances” calls and 36 welfare check requests — up from 70 calls and 18 requests, respectively, for all of October.

Police, who have been asking the community for help, also noted that residents have uploaded over 488 digital media submissions to the case’s FBI page.

Idaho Gov. Brad Little has directed up to $1 million in emergency funds for the ongoing investigation, according to police.

Idaho State Police spokesman Aaron Snell told ABC News on Sunday that concerns from the victims’ families over the case going cold are “legitimate,” but he added, “our concern is a successful prosecution.”

“Justice is the end result — we have to do what we are doing [out of public view],” Snell said.

Two other roommates were in the house at the time of the murders and survived, appearing to have slept through the crimes, according to police. The surviving roommates are not considered suspects, police said.

As students return to campus following the Thanksgiving break, the university is gearing up for a candlelight vigil for the four victims, set for Wednesday.

Anyone with information can upload digital media to fbi.gov/moscowidaho or contact the tip line at [email protected] or 208-883-7180.