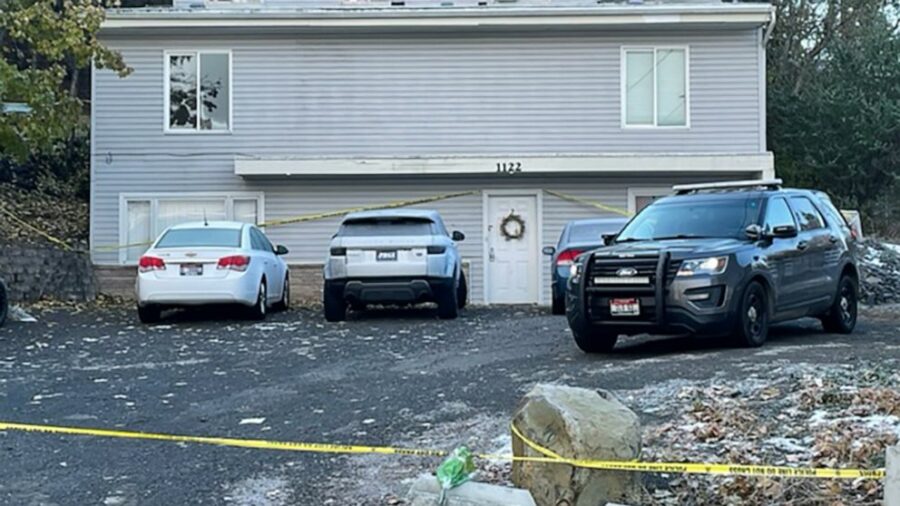 (MOSCOW, Idaho) — More than six weeks after four University of Idaho students were mysteriously stabbed to death in a house near the Moscow, Idaho, campus, a suspect was identified and taken into custody.

Court documents — including an 18-page affidavit — released on Jan. 5 revealed how police zeroed in on their suspect: Bryan Kohberger, a 28-year-old criminology Ph.D. student at Washington State University, located less than 10 miles away from the University of Idaho.

“Horror in Idaho: The Student Murders,” a new “20/20” that looks at the case and includes exclusive sit-down interviews with parents and loved ones of the victims as well as interviews with those who knew suspect Bryan Kohberger, airs Friday, Jan. 13, on ABC and the next day on Hulu.

Here’s how the case is unfolding:

On the night of Saturday, Nov. 12, Goncalves and Mogen — lifelong best friends — went out to the Corner Club bar in Moscow, according to Moscow police.

Two other roommates — who survived the attack and are not considered suspects — also went out in Moscow that night, police said.

At about 1:40 a.m., Goncalves and Mogen were seen on video at Grub Truck, a local food vendor, and used a private individual to get a ride home, getting back at 1:45 a.m., police said. A man seen in surveillance video at the Grub Truck and the person who drove them home are not considered suspects, according to authorities.

Chapin and Kernodle got home at about 1:45 a.m., police said. Chapin did not live at the house but was sleeping over with his girlfriend.

Police believe the murders unfolded between 4 a.m. and 4:25 am., according to court documents.

Kernodle got a DoorDash order at the house at about 4 a.m., according to the affidavit.

One of the surviving roommates said she woke up around 4 a.m. from what sounded like Goncalves playing with her dog, according to the affidavit.

“A short time” after, the roommate said “she heard someone she thought was Goncalves say something to the effect of ‘there’s someone here,"” the documents said. But that could have been Kernodle on her phone because records showed she was on TikTok at about 4:12 a.m., the affidavit said.

The roommate said “she looked out of her bedroom but did not see anything when she heard the comment about someone being in the house,” the documents said. “She opened her door a second time when she heard what she thought was crying coming from Kernodle’s room.”

The roommate “then said she heard a male voice say something to the effect of ‘it’s ok, I’m going to help you,"” according to the documents.

The roommate said she opened her door again when she heard the crying, and she saw a man in black clothes and a mask walking past her. She stood “frozen” and in “shock,” according to the court documents.

The roommate said she didn’t recognize the man, who she said walked toward the house’s sliding glass door. She described him as 5-foot-10 or taller, and “not very muscular, but athletically built with bushy eyebrows,” according to the affidavit.

At about 4:17 a.m., a security camera less than 50 feet from Kernodle’s room picked up sounds of a barking dog and “distorted audio of what sounded like voices or a whimper followed by a loud thud,” according to the documents.

On the morning of Nov. 13, the two roommates called friends over to their house because they thought one of the victims on the second floor had passed out and wasn’t waking up, police said. At 11:58 a.m., a 911 call from one of the roommate’s phones requested help for an unconscious person, police said.

Responding officers then found the four victims. Authorities said they do not believe anyone at the house at the time of the 911 call was involved in the murders.

After the bodies were discovered, authorities reviewed surveillance video and saw the suspect’s white Hyundai Elantra go by the victims’ house three times, before entering the area for a fourth time at 4:04 a.m., according to the documents. Police said they traced the car’s travel that night back to Pullman, Washington, where Kohberger lived.

Kohberger’s phone was tracked heading to Moscow before the attack, but the phone was off from 2:47 a.m. to 4:48 a.m., which “is consistent with Kohberger attempting to conceal his location during the quadruple homicide,” the affidavit said.

He also returned to the area of the house where the four students were killed just after 9 a.m., about five hours after the murders, based on phone records, the affidavit also showed.

His phone was near the victims’ house at least 12 times before the murders, at least as far back as August, according to the affidavit. All of those times, except for one, were late at night or early in the morning.

The four students were probably asleep when attacked and some had defensive wounds, police said.

There was no sign of sexual assault, police added.

The family of 20-year-old victim Ethan Chapin held his memorial service on Nov. 21.

Chapin, a triplet, was born right before his sister and brother, who also attend the University of Idaho.

Chapin was “one of the most incredible people you’ll ever know,” his mother, Stacy Chapin, told reporters before his memorial service.

The 20-year-old “lived his best life” at college, his obituary said.

“He laughed continuously. He smiled when he woke up and was still smiling when he went to bed,” his obituary said. “He was kind to all and a friend to all.”

In a Nov. 28 interview, Goncalves’ father, Steve Goncalves, told ABC News that the students died quickly and did not bleed for hours, so an earlier 911 call would not have saved their lives.

“Nobody suffered and nobody felt like that kind of pain,” Steve Goncalves said.

The grieving dad said he’s feeling “a little defeated” and frustrated by the lack of transparency from police but still supports and trusts the law enforcement officers who are diligently working on the investigation.

“I have to assume and hope that this is all part of their plan and … they’ve got this all figured out,” he said. “I know that there’s some really good, hard-working guys and girls that are on this case that I’ve met. And they looked me in the eyes and they told me straight-out that they’re working and they’re doing everything in their power.”

Moscow police had asked the authorities to look out for white Elantras, and on Nov. 29, a Washington State University police officer searched cars that matched that description at the university and found one registered to Kohberger, the affidavit said.

Grieving families and classmates gathered at the University of Idaho on Nov. 30 for a candlelight vigil.

Ethan Chapin’s mother, Stacy Chapin, cried as she told the mourners, “We are eternally grateful that we spent so much time with him. That’s the most important message that we have for you and your families … to make sure that you spend as much time as possible with those people. Because time is precious and it’s something you can’t get back.”

Madison Mogen’s dad, Ben Mogen, said his only child was a hard worker, “nice to everybody” and “smart and funny and beautiful.”

Kaylee Goncalves and Madison Mogen, inseparable best friends since the sixth grade, “died together in the same room, in the same bed,” Steve Goncalves said at the vigil.

On Dec. 7, police announced to the public that they were looking to speak with the driver of a white 2011-2013 Hyundai Elantra that was seen “in the immediate area” of the victims’ house early on Nov. 13.

Anyone with information on the car was asked to contact the tip line.

As the one-month mark hit, Moscow Police Capt. Roger Lanier said police are closely guarding “the information that we’ve discovered at the scene and our investigative information because we want to protect the integrity of this investigation.”

But, he promised, “This investigation is not cold. We get tips every day that are viable.”

“Those tips help us do everything from clear people … to further some of the theories that we’re working on,” he said in a video statement. “Eventually we’re going to narrow in on exactly what happened and who did it.”

As police in Idaho searched for answers, Kohberger was stopped by Indiana police on Dec. 15 for traffic violations.

After Kohberger’s semester at Washington State ended in December, he and his father drove across the country together to the family’s Pennsylvania home, his attorney, Monroe County Chief Public Defender Jason LaBar, told ABC News.

They drove the pre-planned road trip in the white Hyundai Elantra that authorities said they were looking for in connection to the murders, according to LaBar.

Kohberger and his father were stopped twice on Dec. 15 while driving east of Indianapolis, both times with the younger Kohberger in the driver’s seat. They were first stopped by the Hancock County Sheriff’s Office for speeding and then nine minutes later by the Indiana State Police for following another vehicle too closely, according to officials.

After Kohberger’s arrest, the sheriff’s department and state police said there was no information at the time on the suspect in the Idaho crimes or specific information on the white Hyundai Elantra.

The state police added, “The Trooper, having learned the two had been stopped minutes before by a Deputy from the Hancock County Sheriff’s Department, who he knew was working just down the interstate from him, used his discretion and released the two men with a verbal warning.”

Authorities said DNA from the suspect was recovered on a knife sheath left on a victim’s bed, according to the documents. On Dec. 27, police recovered trash from Kohberger’s parents’ house in Pennsylvania, and a lab determined the DNA from the trash was the father of the person who left DNA on the knife sheath, the affidavit said.

Kohberger was arrested in Pennsylvania’s Pocono Mountains in the early hours of Dec. 30.

The family of Goncalves told ABC News they don’t know Kohberger and are “happy, relieved and thankful” there’s been an arrest.

Moscow Police Chief James Fry said, “No arrest will ever bring back these young students. However, we do believe justice will be found through the criminal process.”

Kohberger, who was arrested for four counts of first-degree murder and burglary, agreed to be extradited to Idaho during his Jan. 3 court appearance in Monroe County, Pennsylvania.

LaBar said in a statement his client “is eager to be exonerated of these charges and looks forward to resolving these matters as promptly as possible.”

On Jan. 4, Kohberger was extradited from Pennsylvania to Idaho.

As Kohberger made his first court appearance in Moscow that same day, Kaylee Goncalves’ parents stared him down as he entered the courtroom in a bright orange jumpsuit and no shackles.

Charges were read for the murders of each student; the judge said each victim was “stabbed and murdered with premeditation with malice and forethought.” Families were overcome with emotion as their child’s name was read.

Classes resumed at the University of Idaho on Jan. 11 for the first time since the suspect’s arrest.

“Hunter was very glad to be back at the fraternity and Maizie was warming up to the idea but it was so good to hear all of the girls squeal with delight upon seeing her,” their mom, Stacy Chapin, wrote on Facebook. “It did this momma’s heart good to hear it!! “

“We’ve spent the last eight weeks, besides the obvious, focused on Maizie and Hunter.  Cards, talks, walks, hikes, tears, you name it,” she wrote. “Their job now is just be kids.”