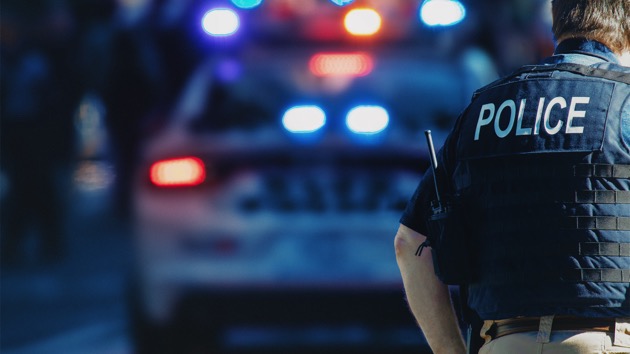 (NEW YORK) — Three weeks ago, a 1-year old baby playing at his family pool in Baton Rouge, Louisiana was shot and killed along with his two older brothers.

“It was a targeted incident and the baby just happened to be one of the victims in this case,” Chief Murphy Paul told ABC News.

Baton Rouge is one of the communities around the country in which violent crime, and homicides in particular, have spiked (71 so far in East Baton Rouge Parish, where Baton Rouge is located, compared to 51 in 2020). Experts predict that combined with the usual increases in violent crime during the summer, 2021 is shaping up to be particularly worrisome.

“No one anticipates that violent crime is going to decrease in the summer months,” Laura Cooper, executive director of the Major City Chief’s Association told ABC News.

She said a number of factors are contributing to the uptick, including schools going virtual during the pandemic and illegal guns on the streets.

While current national data on violent crime from the country’s 18,000 police agencies lags behind, there have been marked increases in 2021 in some cities like New York, which experienced a 77% surge in shootings and 17% increase in murder through the end of May.

In testimony to the Senate last week, U.S. Attorney General Merrick Garland acknowledged the uptick in violent crime across the country, but couldn’t assess why it was happening.

“With COVID and everybody’s already been out of school, I don’t know what (the summer is) going to bring but we’re definitely preparing for that increase,” he said.

The departments were largely united behind a community-based approach to build trust in the wake of the national reckoning on policing, targeting the most serious offenders and coordinating across levels of government.

Almost all of the departments surveyed by ABC News stressed that they take a community-based approach, engaging the community to combat the violence that is playing out on their streets. In this approach, the community identifies what problems it is facing, and helps the department provide a road map for solutions.

“Obviously there is enforcement, there are arrests, but the driving factor is the great partnerships we have with the community, when we try to change the landscape in a neighborhood,” Las Vegas Metropolitan Police Department Assistant Sheriff Andrew Walsh told ABC News. “It starts with the community’s willingness to partner with us.”

According to Walsh, there have been 21 more murders so far this year compared to this time last year in Las Vegas. Police have solved 49 of the 51 homicides in the city thus far.

In Long Beach, California, where there have been more shootings so far this year than in all of 2020, the police department combines its community outreach with data-driven policing.

Steven Pare, the Providence public safety commissioner, explained that the access to guns is a major issue and the city tries to work with community violence intervention programs to reach young men with a “propensity for violence.

In addition to engaging the community, the police departments surveyed by ABC News said they are taking a whole-of-government approach to combatting violent crime, working with their federal and state partners.

The Austin Police Department and the Travis County District Attorney’s office have started the violence intervention program, which teams up the violent crimes investigative units with the DA’s office.

“The goal of the program is to identify the most violent offenders in the city, and to try to target those individuals,” Lt. Brett Bailey said.

The Justice Department in May announced a “three-pronged strategy” to reduce violent crime across the country, which include not only community policing, but using a targeted approach to combat violent crime, including embedding federal agents with local law enforcement to combat gun crimes.

The departments are also working with their federal partners, including agents from the Bureau of Alcohol, Tobacco, Firearms and Explosives (ATF).

“Very frequently, you will see the (Washington D.C.) Metropolitan Police Department arrest people for carrying a concealed firearm,” he explained. “But if we take that gun and we immediately put it into NIBIN, we may find that it matches to a murder or convenience store robbery where shots are fired, two days before. So now this simple possession case gives us some serious leads to believe that the person was carrying it may have actually used it to commit a crime.”

Do these approaches work?

While violent crime is up in some communities, Cincinnati, where numbers are down 25%, appears to be bucking the trend, according to Mayor John Cranley.

Still, he says that there is no easy fix for reducing violent crime.

“Fundamentally, the police have got to build relationships, and really narrow focus to repeat violent offenses and getting guns off the streets, and people who are engaged in shootings, and that takes intelligence, it takes undercover and takes relationships,” Cranley aid.