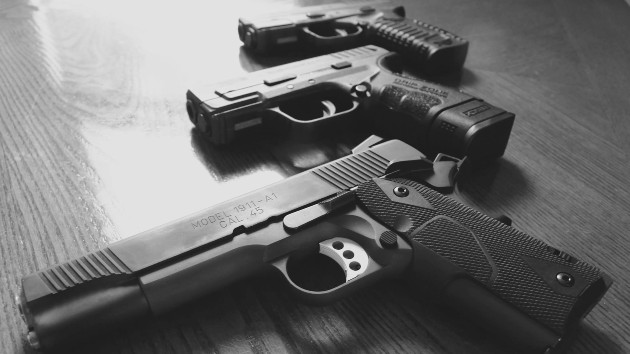 Closing the misdemeanor loophole entails lowering the threshold of what crimes can disqualify someone from being able to legally purchase or possess a gun, such as violent misdemeanor crimes including assault, battery and stalking, which are currently excluded. According to the report, current federal law allows convicted criminals to purchase and possess guns as long as their crime did not rise to the level of a felony.

This policy would prohibit the gun purchase or possession of anyone who committed a crime involving violence or threatened violence, regardless of the level of the crime, according to the report. As of this year, only four states have violent misdemeanor laws in place.

While the misdemeanor loophole proposal could largely reduce violence, researchers told ABC News the four proposals are meant to work together and rely on one another to reduce gun violence deaths.

This policy could have been effective in preventing the recent shooting at the University of Virginia which left three football players dead, Dr. Michael Siegel, a researcher at Tufts University School of Medicine who authored the report, told ABC News in an interview.

The accused gunman had committed a misdemeanor gun violation in 2021 and made comments about possessing a gun in September and the university said it was aware of these incidents.

“If Virginia had a violent misdemeanor law in place like the one that we’re proposing, he would have been automatically disqualified from purchasing a gun or from from having a gun,” Siegel said.

The research — conduced by Tufts University School of Medicine and 97percent, a bipartisan group that conducts research with the goal of reducing gun deaths in America — aimed to find common ground between gun owners and non-gun owners. The research aimed to propose gun safety policies that would keep guns out of the hands of violent criminals, while still protecting law-abiding gun owners’ Second Amendment rights, according to lead researcher Dr. Michael Siegel and Matt Litman, the president of 97percent.

“It’s based on an extensive research process in which we carefully analyze the effectiveness of state firearm laws but in addition, we consulted with gun owners, which was very unique in trying to find out what their perspectives are,” Siegel said.

The policy proposals came together based on the analysis of gun owner and non-owner perspectives through surveys and focus groups.

The other proposals are creating a state-level permit system, implementing a revamped universal background check system, and creating a red flag law with due process protections.

Research suggests that creating a state-level gun-permitting system with two permits, a general one and a concealed carry one, could reduce gun violence. The report suggests that permits should be periodically checked using a universal background check system and only be valid for a set number of years.

Obtaining a state-issued permit to purchase or possess a gun would require state and local background checks, focusing on any history of violence, and a gun safety training course.

Currently, only 12 states currently require permits to purchase a gun, six of which are only for long guns.

By simplifying universal background checks, law enforcement can utilize state and federal databases to ensure a potential permit holder has not been convicted of a violent misdemeanor or felony.

The research also shows there is broad support for red flag laws that implement strong due process protections. These laws allow family members or law enforcement to petition a court to remove firearms from a person who is a threat.

Only 19 states have red flag laws, while only 12 states allow family members to petition a court for a protective order.

Research suggests that family members are the most capable of seeing and identifying warning signs, and they should therefore be able to utilize red flag laws for them to be most effectively used.

Research has shown that lawmakers who signed on to bipartisan gun control legislation, that passed earlier this year, are not paying the price for voting yes on that legislation because the legislation was very popular, Litman said in an interview with ABC News.

Litman further stated that the same stands true for these four proposals, which research shows are very popular with gun owners.

“With so many different laws possible and so many states going in different directions, there’s really no uniformity and it’s hard to set priorities. We feel that if we can get all the states working together on a smaller set of policies, that the chances of pushing this forward are greater,” Siegel said.