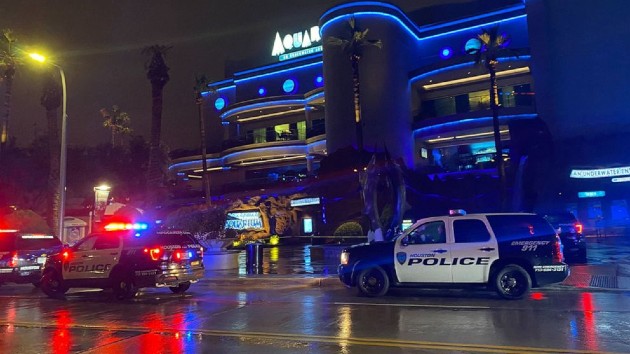 (HOUSTON) — The Houston Police Department is investigating an apparent murder-suicide that took place at the Downtown Aquarium Thursday night.

In a press conference, police said a man and a woman, who appeared to be a couple, were having dinner at a bar inside a restaurant at the Houston Downtown Aquarium around 8:10 p.m. Thursday when a suspect walked around from the other end of the bar and opened fire.

The man immediately went down when shot, and the woman was injured but not killed.

The gunman then shot himself. He and the male victim were dead when police arrived, they said.

The woman was taken to the hospital and is in stable condition.

As of now, investigators don’t know if the victims and the shooter knew each other. Police said there was little, if any, interaction between them prior to the shooting.

The investigation is ongoing, and the police department is looking for any leads on the case.