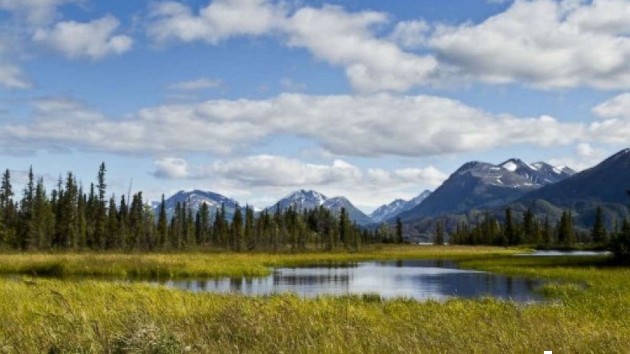 (NEW YORK) — A man was chased down and bitten by a brown bear after his dog ran after the mama bear and her two cubs while on a hike.

“Based on a preliminary investigation, an adult male was hiking on the Kenai River Trail with a dog when [he] encountered a sow brown bear and two cubs,” said Alaska Wildlife Troopers in their statement. “The adult male’s dog chased the bear which caused the sow to charge the hiker.”

Authorities say the bear ended up chasing the man down and bit him on the arm before he was able to plunge himself into the Kenai River. The bear, however, reportedly continued the chase into the water and managed to bite him again, this time on the shoulder.

The hiker did have bear spray with him at the time of the attack but was unable to deploy it in time.

The bear then retreated from the area which allowed the hiker to make his way back to his vehicle where he immediately contacted the emergency services, who responded to the scene and subsequently transported him to a Kenai Peninsula area hospital for treatment of non-life-threatening injuries suffered in the attack.

Law enforcement officers proceeded to look for the bear involved in the incident but have not yet located it. The hiker’s 13-month-old border collie that started the whole chain of events is also still missing in the area and anyone who sees or encounters it is asked to call Alaska Wildlife Troopers at (907) 262-4573.

The Kenai River Trail near Skilak Lake has now been temporarily closed by the U.S. Fish and Wildlife Service.

“As always, take care in bear country to plan ahead, use caution on trails, make noise, travel in groups, maintain direct control of any pets that hike with you and be prepared to change plans if conditions are different than expected once you arrive,” the refuge said in a statement on Facebook.