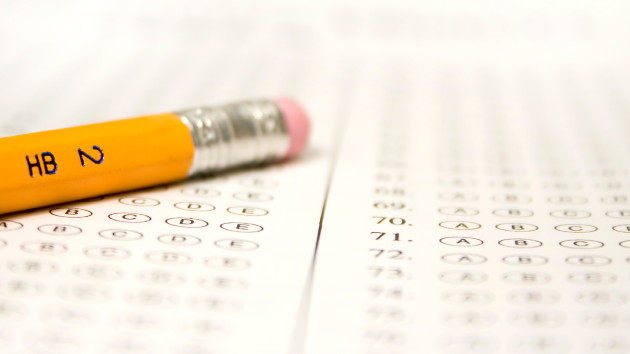 (NEW YORK) — America’s graduating high school class of 2022 had the lowest average ACT score in more than 30 years, according to new data.

This year’s high school seniors who took the ACT, a standardized test used for college admissions in the United States, had a national average composite score of 19.8, compared to 20.3 for the class of 2021. It’s the first time since 1991 that the average ACT composite score was below 20, according to data released Wednesday by a nonprofit organization of the same name that administers the exam.

“This is the fifth consecutive year of declines in average scores, a worrisome trend that began long before the disruption of the COVID-19 pandemic, and has persisted,” ACT CEO Janet Godwin said in a statement.

What’s more, the data showed that only 22% of students among the 2022 graduating class met the benchmarks in all four main ACT test sections — english, math, reading and science — while 42% did not meet a single one. The benchmarks “demonstrate the minimum ACT scores required for students to have a higher probability of success in credit-bearing first-year college courses,” according to ACT. Last year, 25% of students met all four benchmarks while 38% of students met none.

The four ACT test sections are individually scored on a scale of 1 to 36, and a composite score — the rounded whole number average of the four sections– is provided.

“The magnitude of the declines this year is particularly alarming, as we see rapidly growing numbers of seniors leaving high school without meeting the college-readiness benchmark in any of the subjects we measure,” Godwin added. “These declines are not simply a byproduct of the pandemic. They are further evidence of longtime systemic failures that were exacerbated by the pandemic. A return to the pre-pandemic status quo would be insufficient and a disservice to students and educators. These systemic failures require sustained collective action and support for the academic recovery of high school students as an urgent national priority and imperative.”

However, more high school students are taking the ACT now than ever before — a trend that has been increasing since 2015, when only 27% of graduates had taken the test as part of a statewide or districtwide administration. For the class of 2022, 60% of students tested at least once through the program, which also enables lower-income students to participate when they wouldn’t have otherwise.

The data released included ACT score results from all 50 U.S. states as well as the District of Columbia. Sixteen of those states required all high school students to take the ACT as part of their statewide testing programs, while another seven states funded ACT testing on an optional basis.

The College Board, another nonprofit organization that administers standardized tests, has also noted a slight decline in scores for the SAT, which is widely used for college admissions in the U.S. According to data released in September, the average SAT total score for the graduating high school class of 2022 was 1050, compared to 1060 for the class of 2021.

Scores on the SAT range from 400 to 1600, combining test results from two main sections — math and evidence-based reading and writing — scored on a scale of 200 to 800.