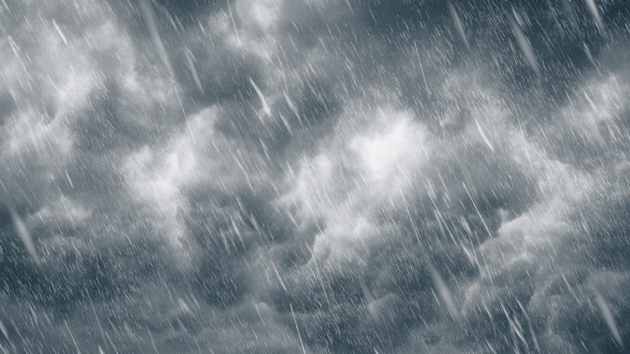 If Henri makes landfall as a hurricane on Long Island, it will be the first land falling hurricane there since Gloria in 1985:

Rail service in parts of New York and Connecticut will be halted Sunday due to Henri.

The Long Island Rail Road will be suspending service east of Patchogue on the Montauk Branch and on the Greenport line.

Metro-North, which serves New York and Connecticut, will be suspending service on the Wassaic Branch of the Harlem Line and on the entire New Haven Line, including the New Canaan, Danbury and Waterbury branches.

In Connecticut, service on the rail lines Shore Line East and Hartford Line is suspended starting Sunday “until further notice.”

Amtrak also announced it would be canceling all Northeast Corridor service, including Northeast Regional and Acela, between New York and Boston on Sunday.

Flight cancellations are also expected in the region.

“Port Authority expects flights to be canceled,” Gov. Andrew Cuomo said during a briefing Saturday. “Obviously I would check with your airline before you go to the airport tomorrow into Monday, maybe Tuesday.”

Aug 21, 6:34 pm
Big NYC concert still on as mayor calls on attendees to ‘go home right after and get ready for tomorrow’

“Since the real impact is not expected until well after the concert, we believe absolutely we can do both these things at once,” de Blasio said during a press briefing Saturday, as the concert was set to kick off in Central Park with performers including Bruce Springsteen and Patti Smith.

The mayor urged concertgoers to go straight home at the end of the night. “If you’re going to the concert … go home right after and get ready for tomorrow,” he said.

De Blasio, who declared a state of emergency for NYC earlier on Saturday, said the city is preparing for heavy rain, wind and downed trees.

The governors are working with Federal Emergency Management Agency and the National Guard to prepare for possible “widespread power outages, coastal storm surge, and inland flooding,” the White House said in a statement.

FEMA has pre-positioned over 700 response personnel, meals, tarps and generators in the region.

“On the call, the President made clear that states have the full support of the Federal government to aid local emergency response efforts,” the White House said.

Those on the call included New York Gov. Andrew Cuomo, who is in his final days of office after resigning earlier this month following sexual harassment allegations. His successor, Lt. Gov. Kathy Hochul, also joined the call, along with the governors of Connecticut, Massachusetts, Maine, New Jersey and Rhode Island.

Flash flood watches are in effect for seven states, from Delaware to Vermont, as Hurricane Henri is expected to bring heavy rain to the Northeast.

The flash flooding threat is particularly high across Connecticut, Long Island, New York City, the Hudson Valley and parts of New Jersey. Some areas could see up to 10 inches of rain.

Storm surge also continues to be a major threat, especially for parts of Long Island and coastal Connecticut, Rhode Island and Massachusetts, where 3 to 5 feet of surge is possible.

Hurricane warnings remain in effect for Suffolk County, coastal Connecticut and coastal Rhode Island. Wind gusts as high as 74 mph could cause widespread damage in these areas.

Aug 21, 5:15 pm
Connecticut governor: ‘We are prepared for what should be a tough storm’

Connecticut Gov. Ned Lamont warned about the potential flood risk and outages posed by Hurricane Henri, which is expected to bring significant rainfall and winds to western Connecticut.

During a press briefing Saturday, Lamont said the Category 1 storm could be especially severe due to the combination of 8 inches of rain forecast on top of saturated soil, winds and an “astronomical tide.”

Winds up to 80 mph also pose a danger to utilities, with “hundreds of thousands of outages over the next few days and beyond” anticipated, Lamont said. EverSource, Connecticut’s largest electric provider servicing approximately 1.25 million customers, is preparing for between 50% and 69% of its customers to lose power. Restoration efforts “could last between eight and 21 days,” the company said in a statement.

The state is making sure there is stand-by power available for cooling centers and has worked with utility companies on “a lot of tree trimming” to limit the number of vulnerable trees, Lamont said. The state has also activated 200 National Guard members.

“We are prepared for what should be a tough storm,” Lamont said.

Though it appears that Massachusetts will be spared from the eye of the storm based off Henri’s current trajectory, Massachusetts Gov. Charlie Baker said locals should still brace for flooding, tropical storm force winds in the vicinity of 40 mph and the possibility of widespread power outages.

“We should avoid a direct hit,” he said in a press conference Saturday.

“Regardless of wherever you live, even if you don’t normally lose power in a storm, you should be prepared to deal with the possibility that you could lose power in some areas for possibly an extended period of time,” he added.

He said the Buzzards Bay Area could see 3 to 5 foot storm surges and should watch out for minor flooding, along with parts of Cape Cod and parts of the south coast.

Baker said he won’t call for any additional members of the National Guard and resources already called for will center on Western Massachusetts to help with the risk of flooding. On Friday, he activated up to 1,000 National Guardsmen for high-water rescue and public safety support.

“No matter where you are in Massachusetts I think you can go out, but you should be careful,” he said. “This thing may change again in some respects.”

The last hurricane to make landfall in Massachusetts was 30 years ago, Baker said.

Aug 21, 2:37 pm
Over 55 million people across 5 states under hurricane and tropical storm warnings

Over 55 million people across the New England region are under hurricane and tropical storm warnings as hurricane Henri barrels closer.

Hurricane warnings are currently in place for New Haven, Connecticut; Newport, Rhode Island; and in Riverhead and Montauk, New York.

Henri intensified into a Category 1 hurricane with winds of 75 mph Saturday morning around 10:45 a.m. as it continued on its track northeast.

Aug 21, 10:51 am
Connecticut declares state of emergency ahead of Henri

Connecticut Gov. Ned Lamont declared a statement of emergency on Friday due to the incoming storm, “to take any actions necessary to respond and protect the people of the state.”

The storm is forecast to bring heavy rainfall, whipping winds, storm surge along the shoreline and potential flooding to the state.

“Right now, it’s a good idea for everyone to be prepared and expect to shelter in place by Sunday afternoon through at least Monday morning,” Lamont said.