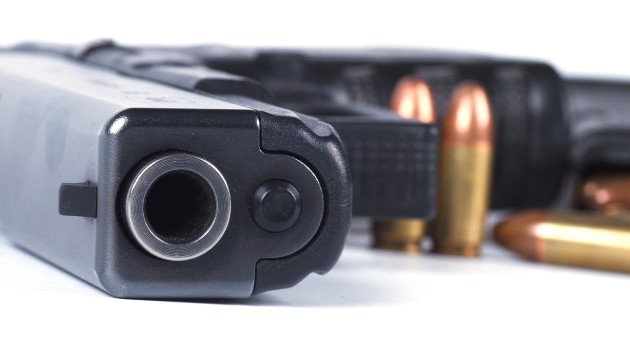 (NEW YORK) — In the two mass shootings that unfolded over the past two weeks in the U.S., both suspected shooters purchased weapons shortly before their attacks.

The suspect in the Atlanta-area spa shootings purchased a 9mm semi-automatic pistol hours before he used it to kill eight people on March 16.

The suspect in the King Soopers attack in Boulder, Colorado, bought a Ruger AR-556 pistol six days before he killed 10 people on Tuesday, according to the arrest warrant affidavit. Police recovered a rifle and handgun at the scene but didn’t indicate if either was the Ruger.

Seamus McGraw, a journalist and the author of From a Taller Tower: The Rise of the American Mass Shooter, which will be released in April, told ABC News the last-minute gun purchase is “absolutely a pattern” in massacres in the United States.

“You go from fixation to ideation to the last phase of planning,” McGraw said. “And in the planning, you will see that the weapons were acquired, almost always legally, within a fairly close timeframe to the incident itself.”

McGraw cited the June 2016 Pulse nightclub shooting in Orlando, Florida, where the gunman purchased two guns used in the attack seven and eight days prior; the Las Vegas music festival shooter who purchased 33 guns in the 12 months leading up to the October 2017 attack that killed 61; and the El Paso, Texas, Walmart shooter who purchased an AK-style rifle several weeks before killing 23 people in August 2019.

“There are specific types of weapons that these guys are drawn to, and they’re marketed with the idea that these will turn you into Rambo,” he said. “Guns have become a cultural touchstone for these killers.”

Elizabeth Neumann, a former Department of Homeland Security assistant secretary, told ABC News shooters tend to be “vulnerable individuals that can become radicalized and mobilize to violence” when triggered by a stressful event.

“It’s not predictive. It’s possible individuals who decide to commit these attacks thought about it for quite some time, but didn’t have the triggering moment,” Neumann said. “When they get to that point, then they’re out looking for the guns, and that could explain why we’re seeing people buy it at the last minute.”

She noted that many who launch these attacks “glorify” past mass shooters and try to “outdo” them.

About 40% of mass shooters purchase their firearm legally and “specifically for the purpose of perpetrating the attack,” according to a FBI report analyzing mass shootings between 2000 to 2013.

Gun violence has surged to historic levels in 2020

Gun violence led to the deaths of nearly 20,000 Americans in 2020, according to the Gun Violence Archive — more than any year in the past two decades.

The sale of firearms also spiked in 2020, with nearly 40 million firearms sold following a spate of mass shootings in late 2019 and continuing into a year of lockdowns, protests and the presidential election, according to FBI data. It was the largest number of firearms sold in a year since the FBI started tracking background checks in 2000.

Some advocates say waiting periods — mandatory spans of time between gun purchases and acquiring a firearm — could have prevented the Atlanta shooting.

One study shows that waiting period laws reduced gun homicides by 17%, which would amount to 2,500 lives saved a year, according to the Giffords Law Center, a prominent gun control group in Colorado.

Colorado and Georgia have no waiting periods.

In Atlanta, where the gunman purchased a pistol the day of the shooting, it could have prevented spontaneous violence, advocates say. But in the Boulder case, where he bought the gun six days prior, a waiting period may not have changed the outcome.

Advocates are working on a bill to create a waiting period in Colorado, proposing a five-day “cooling off” period. Currently, 10 states have waiting periods, with some periods spanning around two weeks. California has a 10-day waiting period, and Hawaii has a 14-day period.

Eileen McCarron, the president of Colorado Ceasefire Legislative Action, told ABC News the Boulder attack could have been prevented if the suspect’s family knew about the state’s extreme risk protection order (ERPO) law passed in 2019.

ERPO laws, also known as “red flag” laws, allow family members or law enforcement to ask a judge to temporarily ban a person’s access to guns if they make serious threats or exhibit warning signs of violence. Currently, 19 states and the District of Columbia have red flag laws, according to the Giffords Law Center.

“It was a perfect case for the family or law enforcement to have gone to court and get one of these,” McCarron said. “He was expressing anger and rage, apparently that the family was seeing, and they were concerned. We just wish the family had known they could have taken the initiative or called the police, and these 10 lives would still be here.”