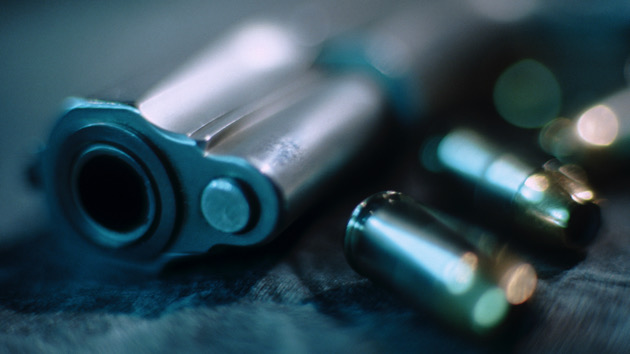 (ATLANTA) — Gun homicides increased 35% across the country during the pandemic to the highest level in 25 years, according to newly released data from the Centers for Disease Control and Prevention (CDC).

“Unfortunately I am not surprised,” Debra Houry, acting principal deputy director of CDC and director of the National Center for Injury Prevention and Control, told ABC News, “but it is heartbreaking.”

Firearm murders increased most markedly among youth and young adults — 40% for those 10 to 24, the CDC data shows. The increases were also highest for people of color: rates of gun homicide involving Black males aged 10 to 24 years — which were already 21-times has high as white males of the same age — increased further still in 2020.

The study suggests that the rise in violence could be attributed to the social and economic pressures stemming from the pandemic that reinforced “longstanding” inequities between communities.

“These stats have devastating effects on families, schools, and entire communities, and have lasting consequences on us as individuals and as a society,” Thomas Simon, associate director for science at the CDC’s Division of Violence Prevention, said during a press briefing on Tuesday.

“Our reports contain statistics and numbers, but it’s also important to reflect on the individual lives lost,” he added, “and even one homicide or suicide is too many.”

The new CDC data confirms trends identified by ABC News as it studied data compiled by the Gun Violence Archive over the past year. It also builds upon other research demonstrating rising rates of gun purchasing and gun violence during the pandemic.

Guns remained available for purchase throughout the pandemic — even during intermittent stay-at-home orders — due to exemptions designating firearm retailers (and shooting ranges) as “essential businesses” in all but four states. A December study found that 7.5 million Americans became new gun owners during the pandemic — 5 million of whom lived in a household that previously hadn’t had guns.

The purchasing patterns aren’t showing any sign of letting up, either. The FBI has conducted over 10 million firearm background checks — which are frequently used as a proxy for purchases —  in 2022 through April.

The youngest Americans have, increasingly, been collateral damage of this violence. Firearm deaths in children between 1 and 4 years old have increased 5% annually since 1999. And in the first six months of the pandemic, the risk of firearm injuries in children less than 12 years was 90% higher than in the pre-pandemic period.

Monika Goyal, a pediatric emergency medicine specialist at Children’s National Hospital in Washington, D.C., called the statistics “sobering” — adding that they reinforce what she’s been seeing clinically: that children are increasingly finding themselves in the crosshairs.

The pandemic uptick in firearm purchasing, violence and homicide has been attributed in part, to intensifying economic pressures like unemployment, housing insecurity and childcare.

“Longstanding systemic inequities and structural racism have resulted in limited economic, housing, and educational opportunities associated with inequities in risk for violence,” the authors of the new CDC study wrote, “the COVID-19 pandemic might have exacerbated existing social and economic stressors.”

“Stay-at-home orders and physical distancing likely increased the guardianship people had over their homes and property,” the authors of a February report wrote, which could “help explain the observed relationship with violence” and the fact that “interpersonal interactions — despite happening with lesser frequency during the pandemic — may have been increasingly violence-prone.”

According to Houry, policy changes to halt the worrisome and worsening trends in gun violence are urgently necessary.

The authors of the CDC offered various recommendations to that end, which included expanded welfare policies, empowering community-based harm reduction efforts, and promoting strategies for urban renewal among other initiatives.

“The findings of this study underscore the importance of comprehensive strategies that can stop violence,” they wrote. “Now and in the future.”