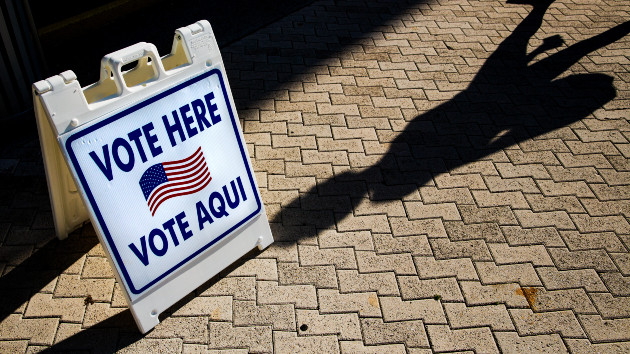 (NEW YORK) — Members of a group accused of voter intimidation have been banned from coming within 75 feet of ballot drop boxes in Arizona, a federal judge has ordered.

U.S. District Court Judge Michael Liburdi, in an unexpected reversal of an earlier ruling in a related case, granted a motion Tuesday for a restraining order in a case consolidating a lawsuit brought by the nonprofit advocacy groups Arizona Alliance for Retired Americans and Voto Latino with a similar suit brought by the League of Women Voters of Arizona.

Both lawsuits accused Clean Elections USA and the group’s founder, Melody Jennings, of carrying out surveillance of voters in a “coordinated vigilante intimidation campaign” at ballot drop box locations, “with the express purpose of deterring voters … from depositing their ballots.”

The group is also banned from accusing individuals of committing voter fraud solely based on the fact they deposited multiple ballots in a drop box, and from making false claims about Arizona laws that permit people to return ballots in a drop box on another person’s behalf in exceptional circumstances.

Addressing Clean Elections USA and its founder’s promotion of a false claim accusing some voters of being so-called “ballot mules,” Liburdi ordered Jennings to write a post on Truth Social stating that there are several reasons why voters in Arizona can legally return more than one ballot to a ballot drop box site.

Jennings did not respond to a request for comment from ABC News. During an appearance Saturday on “War Room With Steve Bannon,” prior to the judge’s ruling on Tuesday, Jennings said of her group’s activities, “We’re actually protecting you. And I want to say that we’re out there protecting your vote … we’re here because we love you. And because we want to continue to protect the rule of law.”

“This order is a win for all Arizonans, especially seniors who are the most likely to vote by early ballot,” Arizona Alliance for Retired Americans President Saundra Cole said of the ruling in a statement Wednesday. “Casting a ballot is not only a constitutional right but a patriotic act.”