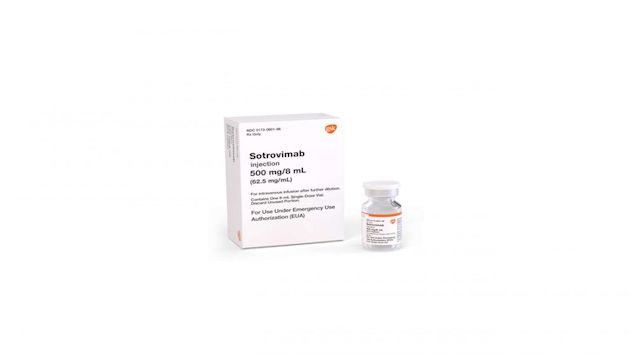 (WASHINGTON) — Eli Lilly has announced the U.S. government is buying an additional 150,000 courses of the only monoclonal antibody therapy left that still holds up against all COVID-19 variants of concern, including BA.2.

The new purchase of the therapy, called bebtelovimab, is costing the government roughly $275 million.

This comes after the White House has repeatedly warned the money is running out to buy new vaccines and treatments, including antiviral therapies like Paxlovid and the monoclonal antibodies, without additional relief funds.

This new purchase was paid for out of the $10 billion in COVID funding, which the White House diverted earlier this month to pay for more vaccines and treatments.

Officials said at the time they were left with “no choice” but to shift those dollars, since Congress has not yet approved additional funding.

That redirected $10 billion included $300 million to buy more monoclonal antibody treatments — a cache now all but exhausted by Wednesday’s purchase.

The U.S.’s existing supply of this treatment, including the new purchase, is expected to meet present demand through late August, an Eli Lilly spokesperson told ABC.

Previously this spring, and before the White House diverted the $10 billion in funds, President Joe Biden said the U.S. could run out of monoclonal supplies “by the end of May,” if further funding wasn’t secured, and that planned orders would have to be canceled.

In March, ABC News obtained internal documents showing the administration planned to start significantly cutting the number of viral treatments available to states, and would begin reclaiming and reabsorbing unused doses for later redistribution, in light of the relief funding that had stalled in Congress.

Delivery of this new order of 150,000 courses is supposed to finish no later than Aug. 5, Eli Lilly said. That’s the date Lilly will get them to the Health and Human Services Department, which will then be responsible for allocating doses to states.

There is an option in this new purchase agreement for the government to order an additional 350,000 doses, which would need to be exercised “no later than Sept. 14,” Eli Lilly said.

“Lilly and its collaborators have partnered closely with the federal government throughout the pandemic to ensure broad and equitable access to our monoclonal antibodies,” Eli Lilly’s chair and CEO David Ricks said in a statement to ABC News. “While Congress works toward additional COVID-19 funding, Lilly and the U.S. government will continue to work together to support the availability of bebtelovimab to maximize equity and accessibility in the U.S. market.”