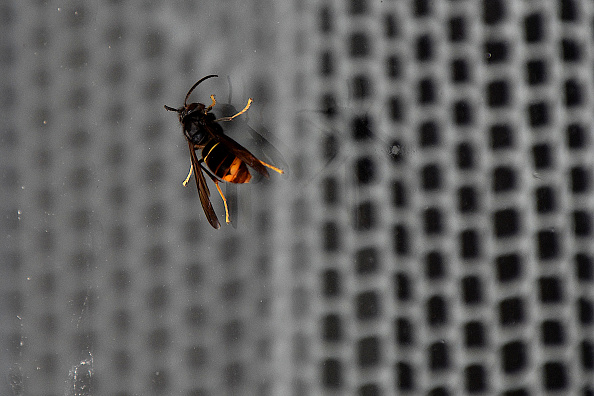 (NEW YORK) — For the first time since 2019, the northern giant hornet hasn’t been found in Washington State.

The Washington State Department of Agriculture’s (WSDA) Pest Program announced on Wednesday that it hasn’t trapped or confirmed any sightings of the hornets this year.

The hornets, once known as the “murder hornets,” are an invasive species that can ravage honeybee populations.

It’s not known how the killer hornets, native to Asian countries including China and Japan, arrived in the Pacific Northwest — but a plausible theory is that they came in via international cargo.

“While not detecting any hornets this year is promising, the work to ensure they are eradicated is not over yet,” Sven Spichiger, WSDA managing entomologist, said in a press release. “Research to develop a better trap continues and public reports – which account for half of all confirmed detections – remain critical.”

WSDA etymologists discovered and destroyed the first northern giant hornet nest in the U.S. in 2020 in Blaine, Washington, located north of Seattle, near the Canadian border, collecting over 500 hornets.

After eradicating the nest, during which the crew vacuumed out nearly 100 hornets, the entomologists removed the portion of the tree with the nest and opened it the following week to collect any hornets that had remained. The crew had pumped carbon dioxide into the tree during the nest removal to kill or anesthetize any remaining hornets, and many were still alive, officials said at the time. Last year, state officials found and destroyed three additional nests.

Federal guidelines demand three consecutive years without the hornets being detected to declare they’re eliminated, according to WSDA.