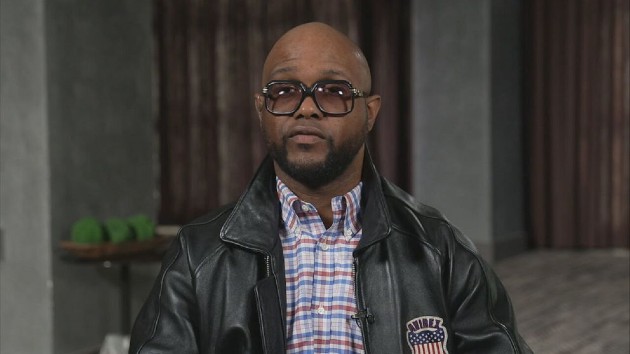 (NEW YORK) — As the world watches the trial of former police officer Derek Chauvin for the death of George Floyd in 2020, Floyd’s family say they refuse to let his memory be tarnished.

When video of Floyd’s death was posted online last year, it awoke a new reckoning on policing and discrimination of Black people in the United States. Many say they are looking to the trial to see whether police officers will be held accountable for violence and deaths while on duty in the future.

“To actually be in the courtroom and hear them talking about the whole case again and actually seeing Chauvin in the courtroom, it was kind of surreal and intense and emotional,” Floyd’s brother, Terrence Floyd, told ABC News Live.

Floyd, 46, died May 25, 2020, while being arrested for allegedly using a counterfeit $20 bill to buy cigarettes. Video showed Chauvin, a white police officer, kneeling on the back of Floyd’s neck for more than nine minutes while Floyd repeatedly cried out, “I can’t breathe.”

Since the trial began on Monday, a variety of witnesses have delivered emotional testimonies of what they saw during the fatal arrest.

“All the witnesses, I just listen to them, and I see that not only do our family, the Floyd family, have to relive this, they have to relive this, too,” said Terrence Floyd, who was present in the courtroom. “So, I just want to send my prayers out to them too, because they’re actually reliving it as we are as well.”

Former officers J. Alexander Kueng and two other officers, Thomas Lane and Tou Thao, were charged with aiding and abetting both second-degree murder and manslaughter. Chauvin and those three officers were all fired. Kueng, Lane and Thao are scheduled to begin their trial in August and have not yet formally entered a plea.

Floyd’s sister, Bridgett Floyd, visited a Salvation Army food distribution center in Minneapolis on Thursday morning. She loaded boxes with food, as her brother did when he worked at a Salvation Army in the city, and said she was doing it to honor him.

“I am not ready to see the video of my brother being murdered,” she said.

Bridgett Floyd also weighed in on the defense’s argument that drugs found in her brother’s system caused his death.

“They would find any way possible for this police officer to not look bad. But the whole world saw what happened to him,” she said. “The drugs that they say they found in his system did not kill him … [it] was the pressure that was kneeled down in his neck. It’s not surprising to me but one thing’s for sure … the world [has] seen how my brother left this world.”

In March, Floyd’s family settled with the Minneapolis City Council for $27 million. Chauvin’s trial is expected to last about four weeks.

“I’m confident justice will be served,” he said. “I’m actually putting my trust in the system, and I hope they don’t fail me.”