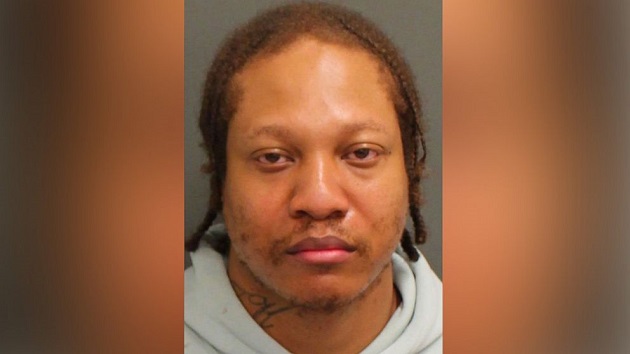 (ORLANDO, Fla.) — While a distinctive “H” tattooed on his neck may not stand for happiness, a fugitive on the run for a year was captured in the “Happiest Place on Earth,” according to authorities.

The wanted man, Quashon Burton, 32, of Brooklyn, New York, charged with scamming the government out of COVID-19 relief funds, was on a family vacation at Disney World when he caught the eye of another park visitor — the federal agent who signed his arrest warrant, officials said.

While strolling around the park’s Animal Kingdom, U.S. Postal inspector Jeff Andre spotted the familiar inked letter on Burton’s neck and alerted Disney World security and the Orange County Sheriff’s Office, who arrested Burton, according to the sheriff’s office.

Andre was involved in the investigation of Burton and had signed Burton’s arrest warrant, officials said.

The stroke of luck at the Orlando, Florida, park occurred on Oct. 20, according to the sheriff’s office. After Burton left the park, sheriff’s deputies confronted him at a bus stop with two family members and took him into custody when he allegedly tried to resist arrest and gave them a fake name, the sheriff’s office said.

Burton was charged last year with stealing the identities of at least four people to fraudulently obtain almost $150,000 in coronavirus relief loan applications, according to federal authorities.

An arrest warrant was issued for Burton last November after federal agents went to his home in Brooklyn several times and his mother told them he was not planning to surrender, officials said.