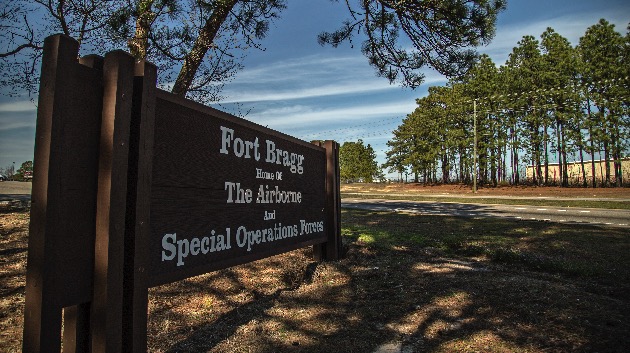 (FAYETTVILLE, N.C.) — An investigation is underway into the death of a 29-year-old 82nd Airborne paratrooper discovered lifeless in his barracks at Fort Bragg, North Carolina, military officials said.

Military officials said the paramedics were called after Rubino was found unresponsive on Friday night.

“The loss of Mikel to his family, friends, and fellow Paratroopers is a tragedy,” Col. Phillip J. Kiniery III, commander of the 2nd Brigade Combat, 82nd Airborne Divisions, said in a statement. “We mourn Mikel’s passing alongside his family. Our thoughts and prayers are with them all during this difficult time.”

No further details on the circumstances of Rubino’s death were provided by military officials.

Rubino of Oroville, California, is survived by his wife, Alyssa, and young daughter, according to military officials.

Rubino joined the Army in 2020 and arrived at Fort Bragg this year. He served as an infantryman assigned to the 2nd Battalion, 325th Airborne Infantry Regiment, 2nd Brigade Combat Team.

His death came a day before President Joe Biden mobilized 1,000 paratroopers from the 82nd Airborne Division at Fort Bragg to join U.S. troops deployed to Afghanistan over the weekend to, according to the president, facilitate the “orderly and safe drawdown” of U.S. personnel and allied forces in the region overrun by Taliban fighters.

It was unclear if Rubino would have been among the paratroopers sent to Afghanistan.

His death marks the latest in a string of recent deaths of Fort Bragg soldiers on or near the base.

In June, two paratroopers from the 82nd Airborne Division were found dead in their barracks in what Army officials said they suspected were drug overdoses. In May, Fort Bragg Sgt. Tiara Nicole Vinson, 26, was charged with first-degree murder and discharging a firearm into an occupied property in Fayetteville, North Carolina, in the killing of Spc. Kelia Horton, 22.

A Rolling Stone magazine investigation published in April found that 44 Fort Bragg soldiers died on or near the base in 2020, including several killed in homicides and at least 21 who died from suicide.

The 2020 deaths include the unsolved homicides of Master Sgt. William J. Lavigne II, 37, a Green Beret, and Timothy Dumas, 44, an Army veteran who once served at Fort Bragg. Lavigne and Dumas were found shot to death in December 2020 on a training range at Fort Bragg.

Army criminal investigators also continue to investigate the death in late May 2020 of Fort Bragg Specialist Enrique Roman-Martinez, a paratrooper with the 82nd Airborne Division, whose dismembered remains were found during a Memorial Day camping trip with fellow soldiers to North Carolina’s Outer Banks.