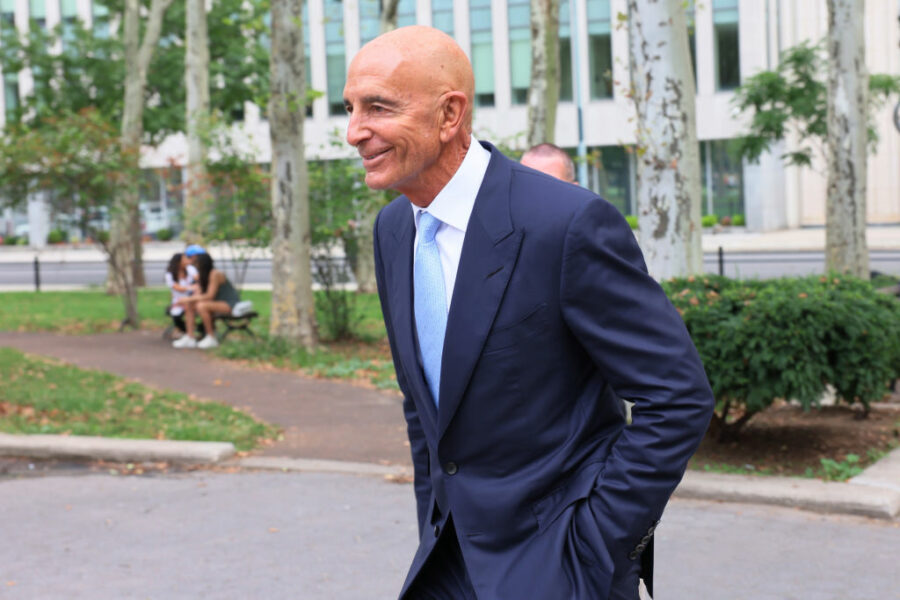 Mnuchin would be the latest high-profile witness to appear in the trial, which has been underway for nearly a month in Brooklyn, New York, after former Secretary of State Rex Tillerson testified earlier this month.

The government’s high-profile case at times offered a glimpse into the workings of former President Donald Trump’s inner circle during the 2016 campaign and the early days of his administration, including their contacts with foreign officials. Trump associates including Paul Manafort, Jared Kushner, and Rick Gates have all been mentioned over the course of the trial.

Prosecutors accuse Barrack, a Los Angeles-based businessman and longtime Trump associate, of acting as a foreign agent for the UAE from 2016 to 2018 yet failing to register with the Department of Justice, which they say constitutes a crime.

They also allege Barrack lied when federal agents interviewed him in 2019 about his relationship with the small Persian Gulf nation.

Barrack was arrested in California in July 2021 and has pleaded not guilty to the charges. His trial began in September.

Barrack’s attorneys, who during opening arguments dismissed the government’s case as “ridiculous,” will now present his defense, which they have indicated will feature numerous witnesses.

The government concluded its case Wednesday after testimony on Tuesday from one of Barrack’s former employees, Justin Chang, who described his firm’s international business operations. Chang testified that two UAE sovereign wealth funds had committed to invest nearly $400 million into a fund tied to Barrack’s company around the time that prosecutors said Barrack was acting as an agent of the UAE.

But Chang also said it was common for Barrack’s company, Colony Capital, and many others in the industry to seek investments from UAE sovereign wealth funds, describing them as some of the largest in the world.

The majority of the government’s case rested on hundreds of Barrack’s emails and text messages, which prosecutors and witnesses read aloud to the jury over several days. The correspondences showed Barrack and his aide, Matthew Grimes, arranging meetings with senior UAE government officials to discuss policy initiatives over the course of several months.

“You are the only direct channel to the candidate and no one else,” Barrack’s UAE contact, Rashid Al Malik, told Barrack in one email regarding Trump. Al Malik is also charged in the case but is currently at large.

The attorney for Grimes, who is also a defendant in the case and has pleaded not guilty, has argued that Grimes was acting in an assistant role under the control of Barrack, not the UAE.

“A foreign agent is not the person who packs and carries the luggage … or babysits the children,” attorney Abbe Lowell said.

Tillerson testified for the prosecution that he had no knowledge of Barrack’s contacts with the UAE and that he never asked Barrack to engage in diplomacy on behalf of the United States.

But Tillerson also conceded there were conversations about foreign policy that he was not a part of, including discussions between Trump and his son-and-law, Jared Kushner, who Tillerson said was also in communication with government officials.

Editor’s Note: This story has been updated.