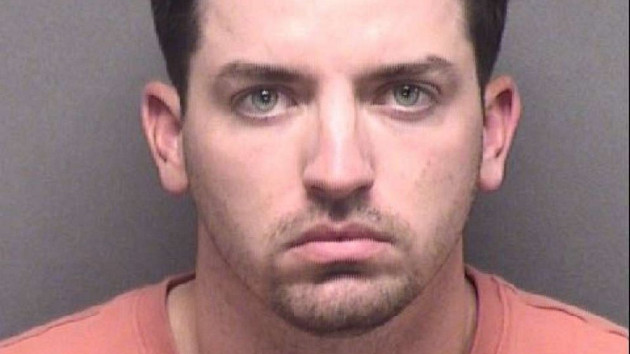 (SAN ANTONIO) — A former San Antonio police officer was charged with two counts of aggravated assault by a public servant on Tuesday in the shooting of a teenager last week, according to the San Antonio Police Department Homicide Unit.

The department fired Officer James Brennand after bodycam footage showed him shooting a teenager who was eating a hamburger in a McDonald’s parking lot in Texas.

Brennand turned himself in, police said during a press conference Tuesday night. There were two charges of aggravated assault because of the two passengers in the car, police said.

The 17-year-old, identified by police as Erik Cantu, was shot multiple times and remains hospitalized. He was in critical condition as of Tuesday night, police said.

The SAPD terminated Brennand last Wednesday over the incident due to his actions, which violated department tactics, training and procedures, according to San Antonio Police Chief William McManus.

According to police, Officer Brennand was responding to a disturbance call on Oct. 2 when he noticed a vehicle he thought had fled from him the night before during an attempted stop.

Police said the officer reported the car door hit him as the teen started to reverse the car.

Bodycam video shows the officer firing 10 times at the moving vehicle before chasing after it on foot.

In a statement to ABC News on Sunday, Cantu’s family, through his attorney, said the teenager is on life support and fighting to stay alive.

“We thank you for the heartfelt thoughts on the status of Erik’s recovery. We will inform you that he’s still in critical condition and literally fighting for his life every minute of the day as his body has endured a tremendous amount of trauma,” Cantu’s attorney, Brian Powers, said. “He is still on life support. We need all the blessing we can receive at this time. We kindly ask for privacy beyond this update as this is a delicate moment in our lives and we are focusing on one thing and that’s getting him home.”

The San Antonio Police Officer’s Association had no comment immediately following Brennand’s dismissal from the force, but in a new statement to ABC News, the president of the union, Danny Diaz, said that the organization will not represent Brennand because he had not completed his 1-year probationary period for new officers at the time of the shooting.

“New police recruits must complete a 1-year probationary period before becoming eligible for benefits provided by the union,” Diaz said. “We understand the San Antonio Police Department’s decision to terminate Officer James Brennand but will refrain from further comment until a full investigation is completed.”