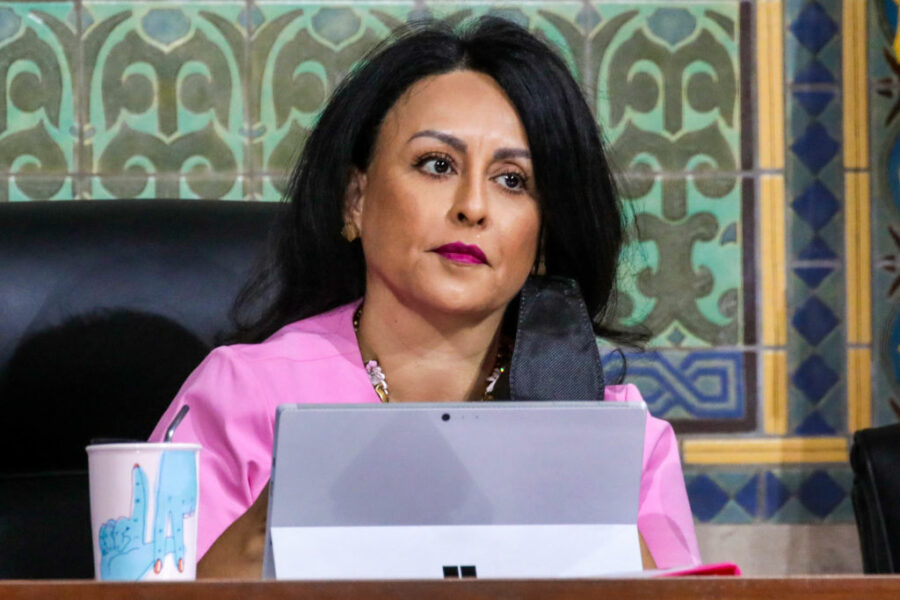 (LOS ANGELES) — Former Los Angeles City Council President Nury Martinez announced she is taking a leave of absence from her position, after a recording emerged of her making racist and offensive comments about fellow council members. Martinez had already resigned from her role as city council president on Monday, but remained a member of the council.

“This has been one of the most difficult times of my life and I recognize this is entirely of my own making. At this moment, I need to take a leave of absence and take some time to have an honest and heartfelt conversation with my family, my constituents, and community leaders. I am so sorry to the residents of Council District 6, my colleagues, and the City of Los Angeles,” Martinez said in a statement Tuesday.

In a recording of three Latino city council members, Martinez allegedly referred to white council member Mike Bonin’s son, who is Black, as an “accessory.” The recording was first posted to Reddit and later deleted. The Los Angeles Times then reviewed the recording and confirmed it is authentic.

Several groups also planned to gather at City Hall in protest of the alleged racist comments made, with some demanding that all three council members on the recording resign.

Protesters on Tuesday made their way into the chamber where the city council was holding its meeting, disrupting the meeting from getting started with chants of “resign now” and “not one more day.”

Council member Mitch O’Farrell was seated in the president’s seat, previously occupied by Martinez, and tried to get the crowd under control.

In the recording, Martinez allegedly said Bonin’s young son behaved “parece changuito,” or “like a monkey.” In a statement Monday, Martinez apologized to her colleagues, Bonin and his family for the statements.

“As a mother, I know better and I am sorry. I am truly ashamed. I know this is the result of my own actions. I’m sorry to your entire family for putting you through this,” Martinez said.

In several tweets, Bonin called for Martinez and the two other city council members allegedly speaking with her on the recording to resign.

In a statement posted on Twitter, Bonin and his family said they are “appalled, angry and absolutely disgusted that Nury Martinez attacked our on with horrific racist slurs, and talked about her desire to physically harm him.”

Bonin was invited to speak, in an effort to get the meeting started on Tuesday. Fighting through tears, Bonin again condemned the statements made by Martinez and said council members asking for forgiveness need to start by resigning.