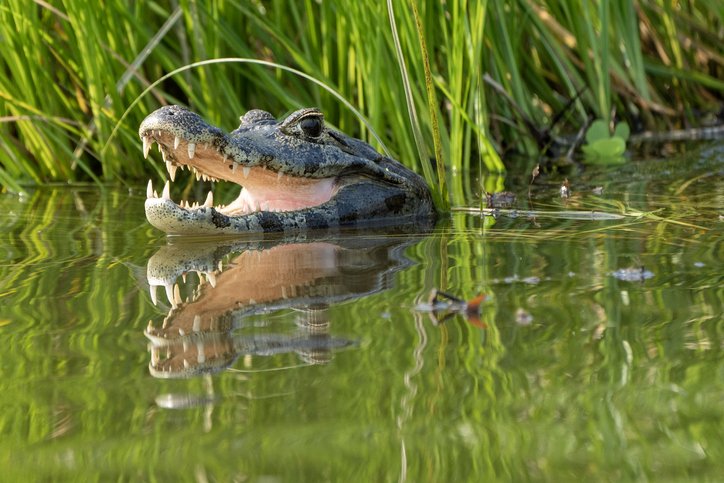 (SUN CITY HILTON HEAD, Fla.) — A Florida man was bitten in the arm by an alligator Thursday while washing his hands in a pond, according to the City of Sanibel.

Fortunately, the man was able to break free from the alligator and call 911. People on the scene of the attack applied a tourniquet until EMS workers arrived, officials said in a statement.

He sustained a serious injury on his right arm and was transported to the hospital for treatment, according to officials.

Florida Fish and Wildlife along with the Florida State trapper are actively attempting to capture the alligator at the pond.

There have been several alligator attacks nationwide this year that have killed or injured victims.

In August, an 88-year-old woman was killed in an apparent attack in South Carolina by a 9-foot, 8-inch male alligator when she was gardening near a pond in Sun City Hilton Head, an adult-only community, and slipped in, according to the Beaufort County Sheriff’s Office and the Department of Natural Resources.

Another elderly woman was killed in July after she fell into a pond along a Florida golf course and was attacked by two alligators, authorities said.

A man in Florida was also killed in a suspected alligator attack when he was likely looking for Frisbees in a lake, according to the Largo Police Department.