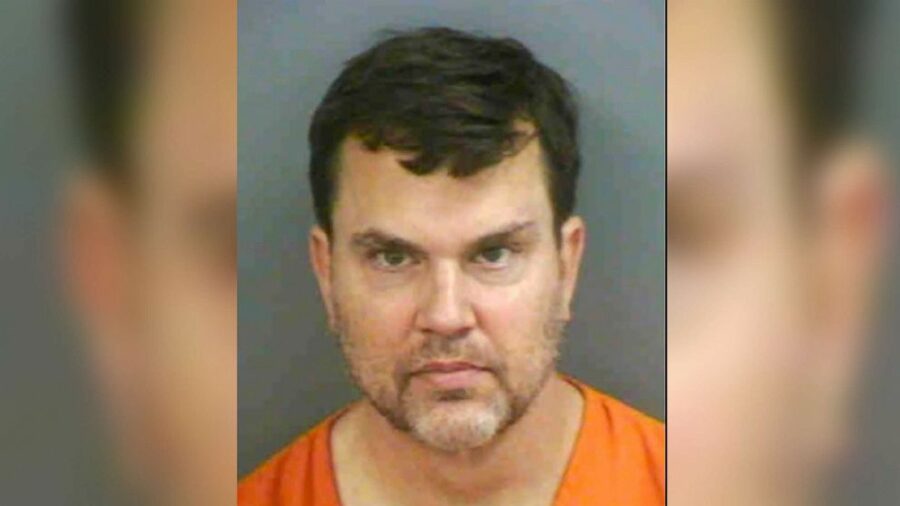 (NAPLES, Fla.) — The 28-day delay between sexual assault allegations against a Florida doctor and his arrest has highlighted issues with rape kit testing, advocates say, as two additional women claimed they were assaulted by the same doctor during that time period.

Eric Andrews Salata was arrested after being accused of sexually assaulting two patients while they were sedated. Since his arrest on Nov. 21, 12 additional women have contacted the Naples Police Department about criminal or suspicious behavior by Salata. He was found dead on Nov. 28 of a suspected suicide, according to the Collier County Sheriff’s Office.

Eleven reports from the Naples Police Department detailing accusations by at least seven women were provided to ABC News by Adam Horowitz, a lawyer for one of the women allegedly assaulted. The reports cumulatively describe a pattern that Salata, alone in a procedure room with patients seeking medical treatments, would allegedly sedate patients using Xanax, nitrous oxide and alcohol before assaulting them.

Salata has been licensed to practice medicine in Florida since at least 2013, according to the Florida Department of Health, and he conducted his residency at the Mayo Clinic in the mid 1990s. Together with his wife Jill Salata, a certified family nurse, the couple ran the Pura Vida Medical Spa in Naples, Florida.

A woman first contacted the Naples Police Department on Oct. 24 after going to the Pura Vida Medical Spa for a facelift procedure, during which she took both Xanax and laughing gas to help with the pain of the procedure, according to police reports. She reported he groped her before giving her an unknown clear liquid she was told was tequila when she asked what he was doing.

The woman said she “blacked out” and passed out a few times, waking up to him assaulting and raping her.

She reported Salata to police on Oct. 24, participated in a sexual assault nurse’s exam (commonly referred to as a “rape kit”) and provided her underwear, which was sent to the Florida Department of Law Enforcement.

Salata was arrested nearly a month later, on Nov. 21, when a second woman accused him of raping her during a medical procedure, according to police reports. In the Nov. 21 incident, the woman said she could feel Salata “cranking” up the laughing gas before kissing, groping and raping her. Salata was arrested at 8 p.m. on Nov. 21 after the woman reported him and submitted a rape kit, according to police reports.

After he was arrested, a third woman said that on Nov. 5 during a cosmetic surgery procedure, Salata engaged in non-consensual penetrative sex with her while she was under the influence of laughing gas, according to a police report.

When asked by ABC News why Salata was not arrested after the first incident on Oct. 24, Naples Police Lieutenant Bryan McGinn said the results of a DNA test conducted are still pending. McGinn declined to confirm if Salata was interviewed after the first accusation. Naples Police served a search warrant on his practice on Nov. 21 at the time of his arrest, according to a press release.

“The corroborating events outlined by both victims is where the probable cause was established for the arrest of Salata without the pending laboratory results,” McGinn said.

Dana Kelly, communications coordinator for the Florida Department of Law Enforcement, said the Naples Police Department did not request expedited testing and that their agency’s standard testing time is 120 days after submission for DNA testing, with the turnaround time for a rape kit averaging 90 days.

“I think in a situation like this, where you do have a doctor who has access to lots of patients, you take that case seriously, and you rush that rape kit, it should be lights and sirens on that one,” said Ilse Knecht, director of policy and advocacy for the Joyful Heart Foundation, which advocates for improved rape kit testing nationwide. “Get it done quickly. And that can be done, and it should have been done.”

The Florida Department of Law Enforcement advertises not having a backlog of rape kits, with Florida state law deeming a rape kit delayed after 120 days. According to the advocacy group End the Backlog, states including Arkansas, Kentucky, Massachusetts, South Dakota, and Washington have passed laws mandating that rape kits be tested within at least 60 days.

“The state of Massachusetts is doing every rape kit within 30 days; we’ve got to do better than that,” Knecht said, when asked about the Florida timeframe. “One hundred twenty days is just way too long.”

Florida state Sen. Linda Stewart, who co-authored rape kit legislation in her state, defended Florida’s rape kit laws, particularly the clearing of Florida’s rape kit backlog. She further noted that even if the kit had been tested in 30 days, Salata still could have harmed his patients.

“But even in the case of this fella down there in Naples, 30 days wouldn’t have been quick enough,” she said.

Stewart said she supports legislation informing the Florida Department of Health of sexual assaults, particularly reports against doctors. Stewart did not mention a specific bill but broadly said she supports legislation that would mandate that local police forces report sexual assaults to the Florida Department of Health, which could determine the status or potential revocation of a doctor’s license.

“If the health department said you can’t practice till this is resolved, then he wouldn’t be able to see those two people,” Stewart said.

Knecht added that the nature of Salata’s abuse as a doctor is problematic given the trust inherent in a doctor-patient relationship.

“That broken trust for survivors is kind of just another layer of trauma related to the trauma of sexual violence,” she said.

Knecht added that since three out of four victims of sexual assault do not report the crime, the total number of patients allegedly impacted by Salata may be higher than currently reported.

“You just have to multiply, you have to do math, basically. I hate to say it, it’s pretty much simple math,” she said.

Some of Salata’s victims have filed a civil claim against Salata’s estate, according to Horowitz.