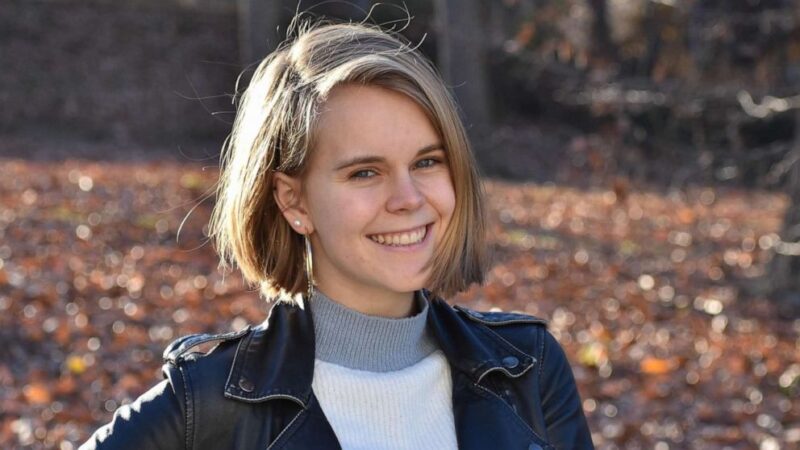 (NEW YORK) — The anguished parents of slain Barnard College student Tessa Majors sat in the front row of a New York City courtroom Wednesday, looking on as the teenager who ​stabbed their daughter was sentenced to 14 years to life.

Rashaun Weaver, who prosecutors said wielded the knife, and two other teenagers were arrested in the slaying of 18-year-old Majors, who was attacked in Morningside Park, just off the Columbia University campus, on Dec. 11, 2019.

Majors, stabbed four times, stumbled up the park steps before she was seen on surveillance video collapsing against a lamppost, dying on the sidewalk.

A victim impact statement read in court said Majors’ family has “no idea what it is like to experience what she experienced. No idea what it is to fight with three males — all of them larger than she — for over a minute, escaping two times only to be surrounded and targeted again.”

“They have no idea what it is like to stumble up a long flight of stairs after being stabbed multiple times in the chest” and “bleed to death on a New York City street,” the statement said.

“The family of Tess Majors misses her every second of every day and will continue to do so as long as they are living and sentient,” the statement said.

Weaver, who was 14 years old at the time of the crime, pleaded guilty in December 2021.

In court, Weaver apologized to the family for his “selfish” and “immature” act and said he would “give anything to go back in time so it never happened.”

Defense attorney Jeffrey Lichtman said Weaver’s father and other adult role models had been imprisoned, calling his client a “symptom” of a broken system of repeated incarceration.

“It does not absolve him but it does explain,” Lichtman said.

Weaver’s sentencing marked the final chapter of the court proceedings.

The second suspect, Luchiano Lewis, also 14 at the time and charged as an adult, pleaded guilty in September 2021 to second-degree murder and second-degree robbery. He was sentenced to the maximum of nine years to life in prison.

The third suspect, a 13-year-old who was treated as a juvenile, pleaded guilty to one count of first-degree robbery in 2020 and was sentenced to 18 months in detention.