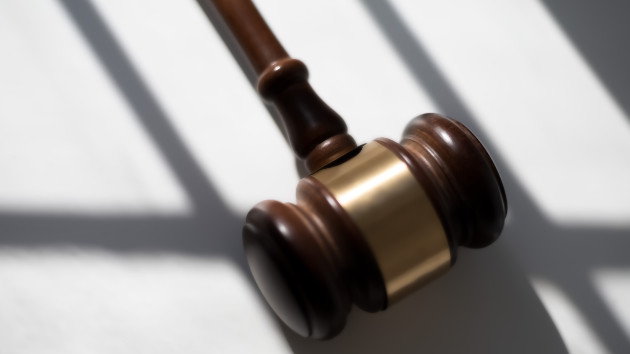 (NEW YORK) — Melissa Lucio was first sentenced to death in 2008 for the death of her 2-year-old daughter, Mariah Alvarez. After nearly 15 years on death row in Texas, Lucio was granted a stay of her scheduled April 27 execution by the Texas Court of Criminal Appeals on Monday.

Calls for a court to review her case and save Lucio’s life grew this week, garnering bipartisan support and inspiring rallies across the country. Rep. Jeff Leach, chair of the Texas House Criminal Justice Reform, Interim Study Committee, was one of several legislators to speak in support of Lucio’s request for clemency.

“I believe so strongly that the system has failed Melissa Lucio at nearly every turn,” Leach said in the committee’s first hearing on April 12, days after visiting Lucio in solitary confinement at Mountain View Unit in Gatesville, Texas.

“What I want to know more than anything as a citizen of this great state — is that the system can be trusted, that it’s fair, that it’s reliable. And right now, I have, as a policymaker, severe and sincere questions and concerns about whether that’s true,” he said, urging the importance of “pushing the pause button” on Lucio’s execution.

“I thank God for my life,” Lucio said in a statement reacting to the stay. “I am grateful the Court has given me the chance to live and prove my innocence. Mariah is in my heart today and always. I am grateful to have more days to be a mother to my children and a grandmother to my grandchildren.”

Lucio’s case will now head back to the 138th State District Court in South Texas, where Cameron County District Attorney Luis Saenz will decide how to retry it. Saenz has the options of taking the case back to trial with a new jury of her peers, offering her a plea deal or dropping the charges. ABC News has reached out to Saenz for comment.

Lucio’s eldest son, John Lucio, addressed the media after an eight-hour visit with his mother on Monday — the longest he’s been allowed since she was incarcerated — saying he would “keep on fighting this fight” until his mother is freed.

“I’ve chosen to fight for my mother because she’s fought for me,” John Lucio told ABC News.

He said the last 15 years have taken a toll on him and his family as they maintain her innocence in a crime that her lawyers said never occurred.

“Medical evidence shows that Mariah’s death was consistent with an accident,” Vanessa Potkin, director of special litigation at the Innocence Project and one of Melissa Lucio’s attorneys, said in a statement after the stay was issued.

“But for the state’s use of false testimony, no juror would have voted to convict Melissa of capital murder because no murder occurred,” Potkin said.

Paramedics arrived at Melissa Lucio’s residence in 2007 to find Mariah unresponsive. Lucio told them Mariah had fallen down a steep staircase two days earlier during the family’s move to a new apartment but did not seem injured at the time. Her story came into question, however, when paramedics assessed the scene.

One responder testified he became suspicious of Melissa after observing her single-story apartment and seemingly distant behavior.

“She didn’t act at all like what I would expect of a mother,” he said according to Lucio’s habeas petition.

“The paramedic looked at these three steps that led to their front door and he testified at trial, but he didn’t believe her story. He found it to be suspicious because how could the child have been injured from these few steps?” Potkin said. “But of course, this was a complete misunderstanding, and Melissa was talking about the staircase at their home that they had just moved from.”

According to a clemency petition filed by her lawyers, Lucio asserted her innocence over 100 times during a five-hour interrogation before telling police, “I guess I did it.”

“She didn’t want to say she murdered my sister and she didn’t. I know she did not … But she was basically forced to say she did,” John Lucio said.

Some jurors who initially voted to convict Lucio have expressed doubts about whether the 53-year-old mother was granted a fair trial.

“I was disheartened to learn that there was additional evidence that was not presented at trial. I believe that Ms. Lucio deserves a new trial and for a new jury to hear this evidence,” jury foreperson Melissa Quintanilla stated in her clemency petition declaration. “Knowing what I know now, I don’t think she should be executed.”

Another juror, Johnny Galvan Jr., said he felt “pressured” to agree with the guilty verdict that resulted in Melissa Lucio’s death sentence.

“We made the wrong decision because they gave us the wrong information,” he told ABC News. “There was evidence withheld that was not presented to the jury.”

None of Lucio’s children were called to testify during her original trial, including one who said he saw Mariah fall down the stairs.

“That would have made Melissa’s case a truthful statement that her baby fell. They left it out. They told us to ignore it,” Galvan Jr. said, adding that the jury “got it wrong.”

“We need to learn that the criminal justice system fails sometimes. And we certainly failed,” he added.