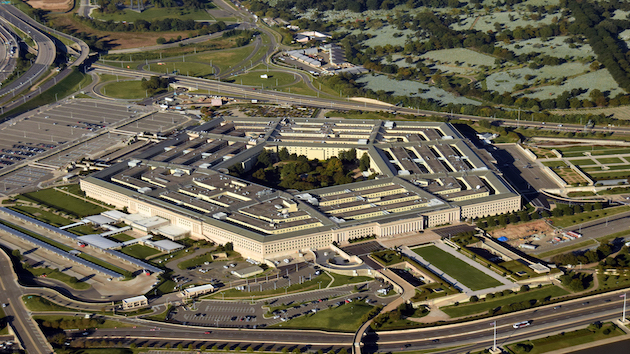 (WASHINGTON) — A Pentagon police officer was attacked during a shooting and stabbing incident at the Pentagon Transit Center earlier Tuesday, Department of Defense officials have confirmed.

Chief Woodrow Kusse, who leads the Pentagon Force Protection Agency, joined Pentagon spokesman John Kirby at an afternoon press briefing to address the incident, but he would not provide details about casualties.

“This morning at about 10:37 a.m., a Pentagon police officer was attacked on the Metro Bus platform. Gunfire was exchanged. And there were — there were several casualties. The incident is over, the scene is secure and — most importantly — there’s no continuing threat to our community,” he said.

“The scene is safe and secure,” he added. “There were a number of people that fled and there were some erroneous reports.”

The FBI is leading the investigation into the attack.

Pressed on reports on whether an officer died, he said he couldn’t release those details as the investigation is ongoing.

“I don’t want to compromise the integrity of that process right now,” he said.

“I’m not confirming or denying those particular reports right now the investigation is ongoing. And I do promise to get back as soon as possible, with further details but I can’t release those right now,” he said, pressed also on details about the assailant.

“We are not actively looking for another suspect,” Kusse added.

The Pentagon was placed on lockdown Tuesday morning after the incident at the Pentagon Transit Center involving a stabbing and a shooting, according to a separate U.S. official.

The lockdown was later lifted and the Pentagon reopened, the Pentagon Force Protection Agency said shortly after noon.

The Pentagon had no details regarding the assailant’s motivation Tuesday afternoon, but Kusse said they will review the results of the investigation before making a determination on whether security measures should change.

“Every time an incident occurs, whether it’s here or anywhere else across the nation or in the world, we do after actions on those we examine them, we look for things that we can do to improve. But right now, again, it’s still pending, we will certainly, as this investigation concludes, take another look at any measures,” he said.

Defense Secretary Lloyd Austin and Gen. Mark Milley were not in the Pentagon at the time of the incident. They were both at the White House for their weekly meeting with President Joe Biden and they were all aware of the ongoing situation.

All of the circumstances of the shooting remain unclear while the investigation is ongoing. The Pentagon Force Protection Agency said the scene is secure but remains “an active crime scene.”

Kirby said Tuesday afternoon that Austin was back in the Pentagon and had a chance to visit the Pentagon police operations center to check in and express his gratitude for their work.