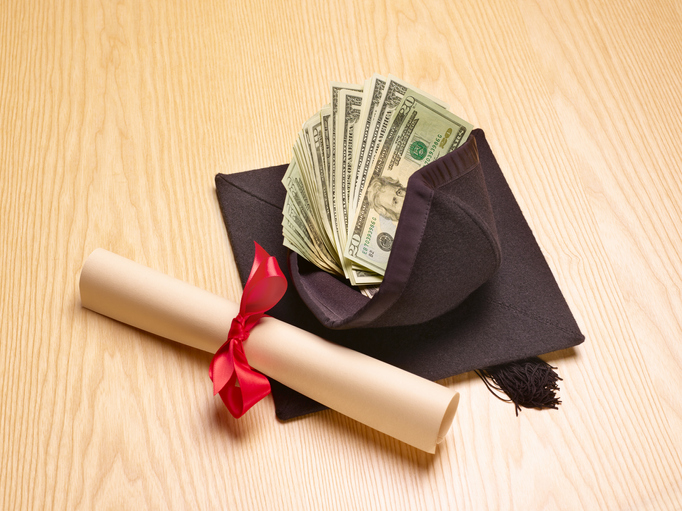 Officials said the scheme involved peddling bogus, forged diplomas and transcripts from what had been accredited schools to aspiring nurses, in order to help candidates bypass the qualifying requirements necessary to sit for the national nursing board exam. Although they still had to take the exam, the bogus credentials allowed them to skip vital steps of the competency and licensure process, officials said — and once licensed, those individuals were able to find a job in the health care field.

Overall, the conspiracy involved the distribution of over 7,600 fake nursing diplomas and certificates issued by Florida-based nursing programs, according to officials.

“This is probably one of the most brazen schemes that I’ve seen. And it does shock the mind,” Omar Perez Aybar, Special Agent in Charge, U.S. Department of Health and Human Services – Office of Inspector General (HHS-OIG), told ABC News in an exclusive interview.

HHS-OIG, the FBI and Justice Department worked jointly on the operation, dubbed “Operation Nightingale,” in honor of Florence Nightingale, the founder of modern nursing.

Investigating agents spent weeks combing through upwards of 10,000 records from nursing schools to move the investigation forward. “As we started to poke through them we noticed there were no real courses the individuals took — it was simply a cash mill,” Aybar said.

Nursing candidates who allegedly participated in the scheme would pay as much as $10,000 — and sometimes more — for the fraudulent diplomas, Aybar said.

“For them, it was worth the investment, or the risk,” he said.

For those involved — “the owners of the nursing schools, certainly the recruiters and, without doubt, the recipients of the transcripts and the nursing diplomas” — Aybar said, “It was definitely all motivated by greed.”

Although authorities have not released a total dollar figure associated with the alleged proceeds, federal law enforcement officials underscored the high stakes of the scheme, saying that it potentially jeopardized patients’ health and safety — and that standards for safe nursing care cannot be purchased — only learned.

“The demand for nurses is high and continues to grow,” said U.S. Attorney for the Southern District of Florida Markenzy Lapointe. “It is a shame that certain people and institutions connected to the nursing profession try to circumvent its educational requirements. This office and its law enforcement partners are committed to prosecuting this and similar fraud schemes that endanger the public.”

In the indictments, federal law enforcement officials alleged that the defendants — some in leadership roles at nursing schools — “solicited and recruited individuals who sought nursing credentials to gain employment as Registered Nurses (RN) or Licensed Practical/Vocational Nurses (LPN/VN),” then arranged with co-conspirators “to create and distribute false and fraudulent diplomas and transcripts” to falsely represent that the aspiring nurses had attended the program and had completed the necessary courses to receive a diploma, when “in fact, the aspiring nurses had never actually completed the necessary courses and clinicals.”

Aybar said one of the ways officials were alerted to the alleged scheme was when the Florida state auditing process discovered poor passing rates at three nursing schools.

Alleged participants in the scheme backdated the diplomas and transcripts they were selling, to make them appear legitimate, authorities said. Applicants would use those forged diplomas, transcripts and additional records to obtain licensure in various states — then, once licensed, applicants could then use those fraudulent documents to get nursing jobs “with unwitting health care providers throughout the country,” according to officials.

The action by federal law enforcement comes at a crucial moment in the health care industry, where an existing nurse shortage, exacerbated by the COVID-19 pandemic, has left many nursing staffs spread thin and burnt out.

In addition to the charges filed against those accused of selling the fraudulent materials, Aybar told ABC News that investigation will continue, with additional action possible against applicants who allegedly purchased the bogus credentials. Federal law enforcement has been “in lockstep” with the National Council of State Boards of Nursing from the beginning, he said.

“I envision that there’s going to be a number of other actions that we’ll be able to take,” Aybar said. “I’m confident that there will be a level of accountability that all of these individuals will face.”

Defendants in the alleged scheme, if convicted, face a statutory maximum of 20 years in jail for the charges of wire fraud and wire fraud conspiracy, the DOJ said.

Aybar pointed to the pledge of ethics and principles that nurses take, called the “Nightingale Pledge.”

“They pledge that they’re going to abstain from any deleterious act. They will do all in their power to enhance and honor the profession. Clearly, these individuals did not do that here,” he said.

“We understand that this conduct has no reflection on the hard work and dedication that [nurses] put into making this profession honorable, and so thank you for that,” Aybar added. “I encourage those of you — if you’re in a setting and you happen to have someone that may not be practicing up to the standards as you understand it, maybe if you see something, say something.”