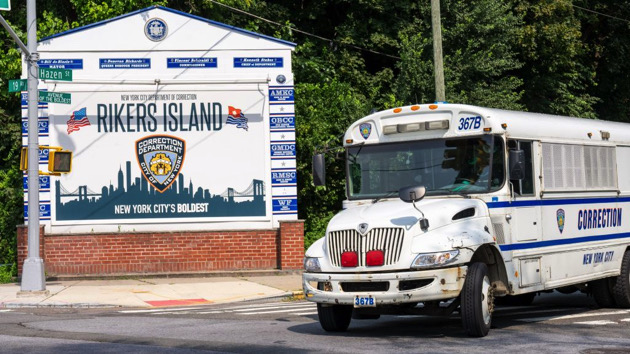 (NEW YORK) — After years of failed attempts to reform Rikers Island, a federal judge in Manhattan on Tuesday will consider whether to put New York City’s sprawling and troubled jail complex under control of the court.

Fifteen inmates died in custody last year and three have died so far in 2022.

There were more than five dozen stabbings in March alone.

Damien Williams, the U.S. attorney for the Southern District of New York, expressed alarm at the level of violence. He raised the possibility of federal receivership to force change.

“The jails are in a state of crisis, inmates and staff are being seriously injured, and action is desperately needed now,” Williams said in a letter to the court. “Based on our experience over the last six years and the sustained non-compliance with key Consent Judgment provisions and the three subsequent Remedial Orders entered by this Court, our Office is very concerned about whether the Department and City have the ability, expertise, and will to swiftly make the changes necessary to bring true reform to this deeply troubled agency.”

The administration of New York City Mayor Eric Adams, in its own letter to the court, insisted it is making progress and asked for more time.

“The extraordinary measure of ordering a receivership is not merited and DOJ’s reference to it, less than four months into Commissioner Molina’s term, is unfair,” said Kimberly Joyce of the New York City Law Department. “The commissioner has taken more far-reaching action than has previously been demonstrated.”

Swain has ordered Correction Commissioner Louis Molina to attend the afternoon hearing, marking the first time all the stakeholders will convene since the possibility of a federal takeover was raised.

ABC News has previously documented the horror at Rikers. Exclusive material from Diane Sawyer’s project aired as a full episode of Nightline.