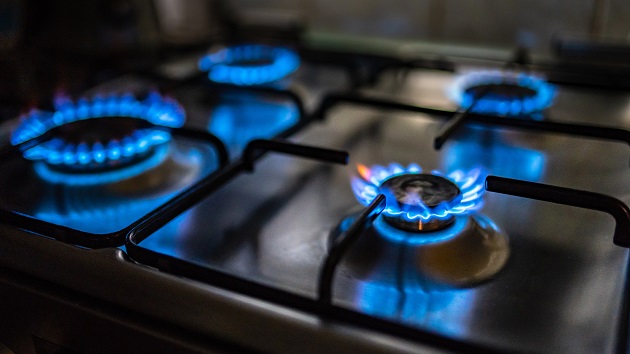 (WASHINGTON) — Federal safety regulators said Tuesday that they plan later this year to begin gathering “data and perspectives” on the “potential hazards associated with gas stoves.”

In a statement, the Consumer Product Safety Commission (CPSC) clarified that it has not proposed any regulatory action on the appliances at this time.

Commissioner Richard Trumka Jr. told Bloomberg News in an interview published Monday that the stoves were “a hidden hazard” and “any option is on the table.”

“Products that can’t be made safe can be banned,” Trumka said.

New regulation on the appliances would only apply to new products, Trumka later wrote in a tweet.

“My guiding duty is protecting consumer health and safety. Gas stoves can emit dangerous level of toxic chemicals – even when not in use,” he wrote.

Some studies show an association between gas cooking and a higher risk of asthma in children. Other studies in adults haven’t shown this increased risk. However, experts agree that anyone who lives in a home with a gas stove — particularly in small apartments — can take steps to lower the risk, including using a hood vent while cooking or opening windows.

The potential for increased regulation drew criticism from some lawmakers and industry groups.

Rep. Michael McCaul, R-Texas, reacted to the news by saying, “It’s clear President Biden prioritizes his radical energy policies over the needs of the American people.”

Sen. Joe Machin, D-W.Va., said in a statement that his gas stove would be the last thing to “ever leave my house,” adding, “If this is the greatest concern that the Consumer Product Safety Commission has for American consumers, I think we need to reevaluate the commission.”

“Any efforts to ban highly efficient natural gas stoves should raise alarm bells for the 187 million Americans who depend on this essential fuel every day,” the AGA said in a statement.