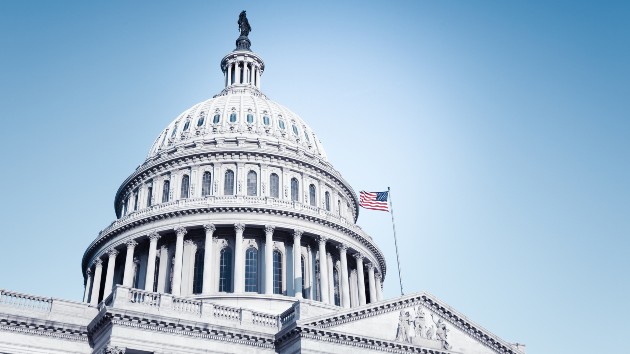 (WASHINGTON) — Federal prosecutors appear to be zeroing in on the founder and leader of the Oath Keepers paramilitary group for his alleged role in mobilizing his followers to join and carry out the Jan. 6 attack on the U.S. Capitol as authorities continue to attempt to build out a sprawling conspiracy case against the militia group.

In a new filing overnight, prosecutors alleged that “Person One” was in direct contact with militia members before, during and after the storming of the Capitol, and was both urging followers to come to Washington, D.C., ahead of Jan. 6 and directing members toward the Capitol building during the insurrection.

Previous legal filings in the investigation have linked Stewart Rhodes’ name specifically to communications which prosecutors have subsequently identified as messages allegedly sent by “Person One,” and have also described “Person One” as the Oath Keepers’ leader and founder.

For Rhodes, who founded the militia group in March 2009 and still leads its members, Monday’s filings are the clearest indication yet that prosecutors may have him in their crosshairs over his alleged involvement in the events of that day.

In a new filing overnight, prosecutors alleged that Rhodes was in direct contact with militia members before, during and after the storming of the Capitol, and was both urging followers to come to Washington, D.C., ahead of Jan. 6 and directing members toward the Capitol building during the insurrection — the clearest indication yet that prosecutors have Rhodes in their crosshairs as allegedly being directly related to the events of that day.

Prosecutors allege that Rhodes instructed members using the encrypted messaging platform Signal in a group chat titled “DC OP: Jan 6 21.” Shortly after 2 p.m., for example, Rhodes allegedly wrote to “Come to the South Side of the Capitol on steps,” according to the government filing. Minutes later, Rhodes allegedly sent the group a photograph of the Capitol with a caption that read “South side of US Capitol. Patriots pounding on doors.”

Rhodes has not been charged with any crime and has denied coordinating or playing a role in the attack on the Capitol. He did not respond to a request from ABC News for comment.

On Monday, prosecutors also alleged that prior to the attack, Rhodes warned Oath Keeper members to be “prepared for violence” and that he issued preparation orders.

“DO NOT bring in anything that can get you arrested. Leave that outside DC,” Rhodes allegedly told the group according to the court documents, noting that “collapsible Batons are a grey area in the law.”

The allegations come as the government continues to build a massive case against extremist groups who were present at the Capitol. As of Wednesday, at least 13 individuals associated with the Oath Keepers had been charged with offenses ranging from conspiracy to obstruct Congress to unlawful entry on Capitol grounds.

Just this week, two Oath Keepers seen accompanying longtime Donald Trump adviser Roger Stone on Jan. 5 and 6 were arrested and charged with participating in the riot.

“These statements and messages all show that the co-conspirators joined together to stop Congress’s certification of the Electoral College vote, and they were prepared to use violence, if necessary, to effect this purpose,” prosecutors said in the filing.

The new indications about Rhodes come after federal prosecutors first singled him out in court filings in February, specifically highlighting a “call for action” he sent to Oath Keepers members on Jan. 4.

“It is CRITICAL that all patriots who can be in DC get to DC to stand tall in support of President Trump’s fight to defeat the enemies foreign and domestic who are attempting a coup, through the massive vote fraud and related attacks on our Republic,” prosecutors quoted Rhodes as saying. “We Oath Keepers are both honor-bound and eager to be there in strength to do our part,” and must “prepare to do whatever must be done to honor our oaths.”

According to the filing, prosecutors allege that on the day of the Capitol insurrection Rhodes appeared to vent frustration to the group about Trump not doing more to rally his supporters to use force.

“All I see Trump doing is complaining. I see no intent by him to do anything,” Rhodes allegedly wrote at 1:38 p.m. “So the patriots are taking it into their own hands. They’ve had enough.”