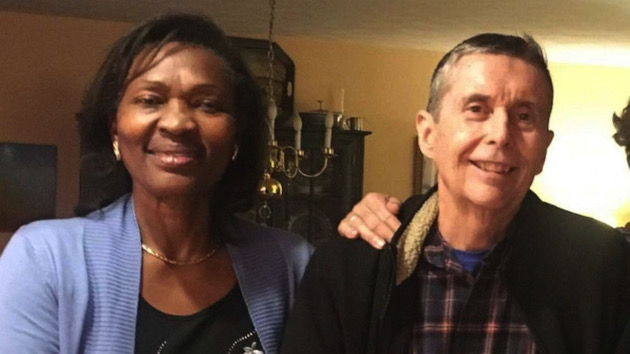 (CONCORD, N.H.) — The FBI has joined the investigation into the fatal shootings of a retired couple whose bodies were found last week on a hiking trail near their New Hampshire home, leaving residents in their town fearful for their own safety, authorities said.

No suspects have yet been identified and police have released little information on the mysterious double homicide in Concord, New Hampshire, of retired international humanitarian worker Stephen Reid, 67, and Djeswende “Wendy” Reid, 66.

“We’ve been able to provide the information that we have, which is that we have no specific information that there’s any danger to the public in general at this point in time, but be vigilant, and those families are going to have to make those decisions for themselves as to what’s best for their family and what they’re most comfortable with,” Geoffrey Ward, a senior assistant state attorney general, said on Tuesday.

The attorney general’s office confirmed Tuesday that the FBI is assisting in the investigation.

Despite reassurances from the authorities that no imminent danger is lurking in Concord, the state’s capital, state Rep. Kris Schultz, D-Concord, said anxiety has permeated the city of nearly 44,000 people, where only seven murders have occurred in the past five years, according to the Concord Police Department’s annual crime statistics.

Schultz told ABC affiliate station WMUR in Manchester, New Hampshire, that the lack of answers has left many of her constituents on edge.

“Do we need to be worried on an everyday basis in our neighborhood? Are we safe?” Schultz said. “This has been a safe community, and I believe it will continue to be, but I’m eager to hear more.”

“We are dedicating resources to be more visible in the community to make people feel safer,” Osgood said.

The Reids were reported missing on April 20 when Stephen Reid failed to show up at a planned event, according to the state attorney general’s office. Their bodies were discovered a day later off a hiking trail in a wooded and marshy area within the city’s Broken Ground Trails system, officials said.

Autopsies determined they both died from multiple gunshot wounds.

The Reids were last seen alive on April 18, when they left their home in the Alton Woods apartment complex around 2:30 p.m. and went for a walk in the Broken Ground Trails area.

Homicide investigators and the couple’s children are asking the public to report any information that could possibly be helpful in cracking the case.

The couple’s family, including their children, Lindsay and Brian Reid, released a statement, describing Stephen and Wendy Reid as soulmates who traveled the world and shared a “mutual love of adventure and fitness.”

The Reids moved to Concord about three years ago when Stephen Reid, who grew up in Concord, retired from a more than a 30-year career as an international development specialist working on humanitarian projects around the world through USAID, their family said.

The couple met while Wendy Reid, who was from West Africa, was studying in Washington D.C. on an athletic scholarship, the family said.

After graduating from the University of Notre Dame, Stephen Reid served in the Peace Corps in West Africa for four years, according to relatives.

“Steve’s 30-plus year career as an international development specialist in service to the world’s most vulnerable through USAID humanitarian projects could not have been made possible without the love, care and support of Wendy, who also helped recently resettled refugees acclimate and thrive in the United States,” family members said in their statement.