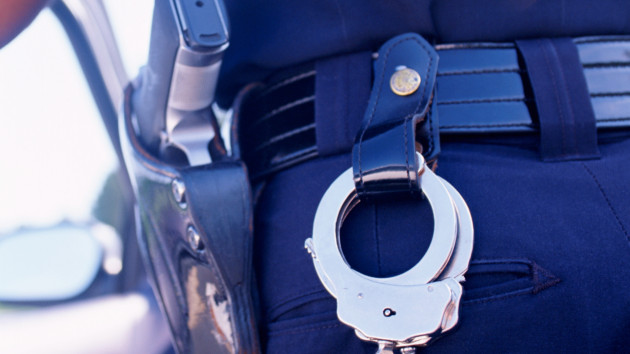 (GULFPORT, Miss.) — The shooting of a Black teenager by police in Gulfport, Mississippi, has led to outcry from family members and activists who say the teen was unarmed with his hands up when he was confronted by police. The teen died days later after being taken off life support.

Police say 15-year-old Jaheim McMillan was armed and refused to drop his weapon when officers fired at him following a foot chase.

The hashtag #JusticeForJaheim has been trending on social media, with some posting photos of the teen bleeding out while handcuffed on the ground.

During the Oct. 6 incident, officers responded to a 911 call about five teens waving firearms at passing cars and began chasing one of them, according to Gulfport police chief Adam Cooper, who held a press conference on the officer-involved shooting Wednesday.

Cooper told reporters that one officer observed McMillan was armed and gave orders for him to stop and drop his weapon.

“McMillan did not comply,” Cooper said.

Cooper also claimed McMillan “turned his body and weapon towards the officer,” so the officer fired at him.

Debra Stout, a Long Beach, Mississippi, resident told ABC News she witnessed the encounter and said she saw McMillan with his hands up. She says she was waiting outside her home for a phone call when she heard the gunshots.

“I did hear gunshots, I ducked. I didn’t know where they were coming from,” Stout told ABC News in a zoom interview. “There were guys on the ground, then I noticed the boy who passed away at the front door, but before that I did see him with his hands up.”

Stout says she could not see if McMillan was armed.

“I didn’t know if he was alive or dead,” she said.

She said she believes there was a lack of urgency in the medical response to McMillan, because the ambulance, she said, arrived on scene without a siren on.

“I feel terrible. I probably have to get counseling,” Stout told ABC News. “I dream about it every night.”

Family members disagree with Cooper’s claims that Jaheim was armed.

“If Gulfport Police Department had footage of my little cousin holding a gun, best believe it would already have been released,” one family member, Court Elle Bolton, said in a Facebook post.

A spokesperson for the Gulfport Police Department declined to comment. Family members of McMillan did not immediately respond to ABC News’ requests for comment.

The Mississippi Attorney General’s office has jurisdiction on cases where officers use deadly force, Cooper said during the press conference. He said the Gulfport Police Department is “cooperating fully” with the AG’s investigation and will conduct an internal investigation.

Family members of McMillan also claimed in a Facebook video they were initially barred from entering a hospital in Mobile, Alabama, where the teenager was airlifted to following the shooting. The hospital — USA Children & Women’s Hospital — did not immediately respond to a request for comment from ABC News.