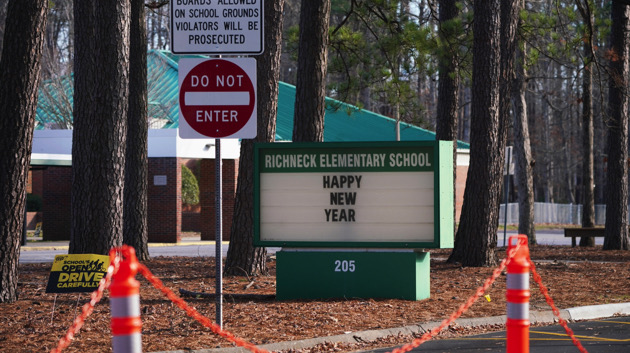 (NEWPORT NEWS, Va.) — The family of the 6-year-old boy accused of shooting a teacher at his Virginia elementary school is speaking out for the first time.

The family said the “firearm our son accessed was secured.”

The 6-year-old, who has not been named publicly, allegedly took a handgun from his home on Jan. 6, put it in his backpack and brought it to Richneck Elementary School in Newport News. He allegedly shot and wounded 25-year-old teacher Abigail Zwerner in a first grade classroom in an “intentional” act, according to police.

Police said the 9 mm Taurus pistol was legally purchased by the boy’s mother.

The 6-year-old’s family released a statement through a spokesperson, saying, “Our family has always been committed to responsible gun ownership and keeping firearms out of the reach of children.”

“We have been cooperating with local and federal law enforcement to understand how this could have happened,” the family said.

About 16 to 20 students were in the room at the time of the shooting and none of them were physically injured, officials said. After Zwerner was shot, she ushered all of her students out of the classroom, according to police. Drew call her “a hero” who “saved lives.”

The 6-year-old’s family said, “Our heart goes out to our son’s teacher and we pray for her healing in the aftermath of such an unimaginable tragedy as she selflessly served our son and the children in the school. She has worked diligently and compassionately to support our family as we sought the best education and learning environment for our son.”

Their son “suffers from an acute disability and was under a care plan at the school that included his mother or father attending school with him and accompanying him to class every day,” the family said. “The week of the shooting was the first week when we were not in class with him. We will regret our absence on this day for the rest of our lives.”

The family said the 6-year-old is receiving treatment at a hospital.

“We continue to pray for his teacher’s full recovery, and for her loved ones who are undoubtedly upset and concerned,” the family said. “At the same time, we love our son and are asking that you please include him and our family in your prayers.”