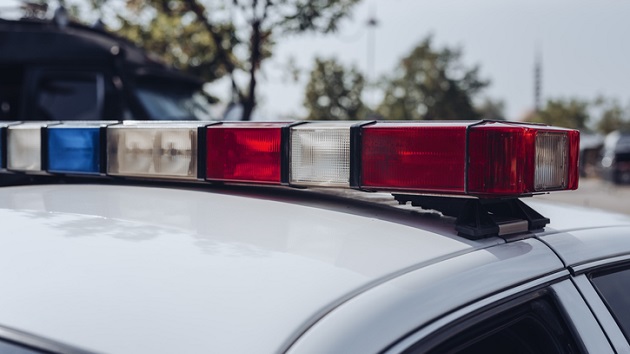 (BALTIMORE) — The family of 18-year-old Donnell Rochester, who was fatally shot by Baltimore police on Feb. 19, is calling for accountability and answers in a case that has sparked outrage.

Rochester was shot and killed while being pursued in his car over an outstanding bench warrant after failing to appear in court for a carjacking charge, police said.

Protesters spoke out during a “Justice for Donnell Rochester” rally Friday, where they were joined by family and friends of the teenager. They marched to City Hall and urged Baltimore Mayor Brandon Scott to take action.

“My son didn’t deserve it at all. Like, not at all,” Rochester’s mother, Danielle Brown, said at the rally, according to Baltimore ABC affiliate WMAR. “He wasn’t a bad person and to not have him here no more with me, it’s like a nightmare. They killed him for nothing.”

Rochester’s family and friends gathered at Baltimore police headquarters on March 8, where they called for criminal charges against the officers, according to the Baltimore Sun.

Body camera videos from the four officers involved in the incident released by the Baltimore Police Department on Feb. 25 show that two of the officers fired at Rochester’s vehicle.

Videos show police calling for Rochester to exit the car and he drove away as they continued to run after him on foot.

Body camera video from officer Connor Murray shows police running up to Rochester’s Honda Accord from various directions, while Murray runs toward the car as it drives in his direction.

“Stop it, stop the car,” Murray can be heard saying in the video before firing several shots at the vehicle.

Murray then drops to the ground and can be heard shouting, “Shots fired, shots fired.”

Those shots can be heard in body camera video from officer Robert Mauri, who was running toward the scene and fired at the vehicle seconds later.

After the two officers fired shots, Rochester stops the car after driving a short distance up the street and gets out, immediately dropping to the ground on his knees with his hands up as officers push him to the ground and handcuff him.

As blood starts to pool around him, officers note that Rochester was injured and call for medics, who arrived at the scene shortly after.

Fatal police shootings remain at past years’ levels amid calls for reform
“Where are you hit at?” one officer repeatedly asks as officers take off Rochester’s shirt, attempting to find his wound.

Rochester, who tries to respond, appears to have trouble speaking.

“Are you OK?” an officer asks moments later.

“No,” Rochester appears to respond.

Police said that medics who arrived at the scene transported Rochester to an area hospital where he later died.

A spokesperson for the Independent Investigations Division of the Maryland Attorney General’s Office told ABC News on Tuesday the results of Rochester’s autopsy, including ballistic evidence, will be included in the investigation’s final report to the Baltimore State’s Attorney’s Office.

Harrison initially said on the evening of the incident that Murray “fired his weapon prior to being struck” by Rochester’s car. It is unclear if Murray claimed that he was struck.

“Our officer that was struck by the vehicle is in good condition, doesn’t have any real injuries,” he said.

But during a press conference Feb. 25 in which the body camera footage was released, Deputy Police Commissioner Brian Nadeau told reporters that from the video, police “cannot tell” if Murray was struck by Rochester’s car.

“Donnell then starts to drive towards officer Murray, who discharges his weapon and officer Murray falls to the ground. At this time, on video, we cannot tell whether or not officer Murray was struck by the vehicle. That is certainly under investigation,” Nadeau, who heads the department’s Public Integrity Bureau, said.

Asked if the investigation has determined whether Murray was struck with Rochester’s car, the spokesperson for the Attorney General’s Office of Independent Investigations told ABC News Tuesday that “events leading up to the shooting remain under investigation.”

A spokesperson for the Baltimore Police Department told ABC News Tuesday that the investigation is ongoing and all four officers involved in the incident have been “assigned to administrative duties pending the outcome of the investigation.”

ABC News has reached out to attorneys for Rochester’s family but a request for comment was not immediately returned.