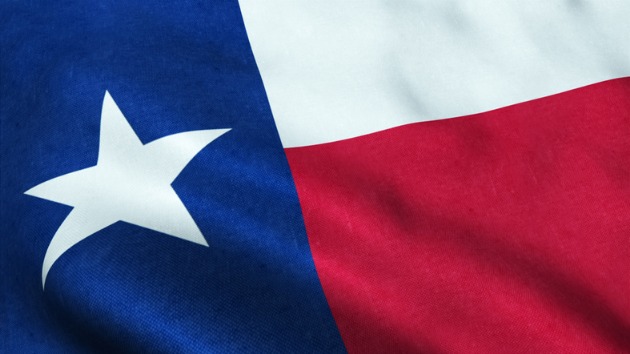 (AUSTIN) — Texas lawmakers are looking to hold power companies and the executives who oversee them accountable for Texas’ recent energy catastrophe, which had deadly consequences. Millions in the state were left without heat and potable water following back-to-back winter storms.

Texas Attorney General Ken Paxton filed a lawsuit Tuesday against utility company Griddy Energy over enormous energy bills some customers incurred as a result of the storm. Bills were allegedly as high as $9,000.

Griddy Energy charges $10 a month to allow residents to pay wholesale prices for electricity instead of a fixed rate. The wholesale prices spiked as temperatures dipped well below freezing as a result of the winter storms, leaving customers with exorbitant bills.

“Griddy misled Texans and signed them up for services which, in a time of crisis, resulted in individual Texans each losing thousands of dollars,” Paxton said in a statement Monday. “As Texans struggled to survive this winter storm, Griddy made the suffering even worse as it debited outrageous amounts each day.”

The lawsuit accuses Griddy of violating the Texas Deceptive Trade Practices and seeks injunctive relief from Griddy “to ensure that the Texans it serves will receive truthful and accurate energy service in the future” as well as court-ordered refunds to customers.

A Texan who received a sky-high energy bill filed a $1 billion class action lawsuit against Griddy Energy last week. In court documents, the Harris County resident said her electricity bill totaled $9,340 when her monthly bills typically range between $200 and $250.

Griddy has not immediately responded to ABC News’ request for comment on either lawsuit, but dismissed the class action lawsuit as “meritless” to Reuters last week.

The company has been left with “no choice but to power down,” according to its website.

In a statement, the company pointed its finger at the Electric Reliability Council of Texas (ERCOT), saying it had asked the organization, which operates the state’s power grid, for “emergency help” on Feb. 16 and “they did not take action.”

“It was not a choice we made,” the statement said, adding that ERCOT has now effectively shut the company down. Its access to the state’s electricity market was revoked by ERCOT last week.

Another Texas utility company, the Brazos Electric Power Cooperative, has filed for bankruptcy.

Brazos Electric, which described itself as the “oldest and largest” power company in the state and serves more than 1.5 million Texans, filed for Chapter 11 to initiate a financial restructuring “to maintain the stability and integrity of its entire electric cooperative system,” according to a press release on Monday.

The filing was necessary to protect its customers from “unaffordable electric bills,” executive vice president and general manager of Brazos Electric, Clifton Karnei, said in a statement.

“We will prioritize what matters most to our Member cooperatives and their retail members as we, and they, work to return to normalcy,” Karnei said.

In addition, the chairwoman of the Public Utility Commission of Texas, Deann Walker, has resigned following the fallout from the power crisis.

On Monday, Texas Lt. Gov. Dan Patrick called for Walker to resign, saying in a statement that neither the commission, which oversees the state’s electric, telecommunication, water and sewer utilities, nor ERCOT were adequately prepared “before the storm hit in full force.” Texas Rep. Jared Patterson tweeted on Friday that Walker “must resign,” stating that he had “zero confidence” in her following her testimony during a joint committee hearing that took place that day.

PUC Chair (at least) must resign. I have zero confidence after today’s hearings; and by the line of questioning of my colleagues, I believe most if not all agree with me.

Walker sent Texas Gov. Greg Abbott a letter of resignation on Monday, according to the Texas Tribune, which obtained a copy of the letter.

In the letter, Walker wrote that the electric grid’s failure was not caused by any one individual group but that the “interests of many people and companies contributed to the situation we faced in the devastating storm.”

“I testified last Thursday in the Senate and House and accepted my role in the situation,” Walker wrote. “I believe others should come forward in dignity and courage and acknowledge how their actions or inactions contributed to the situation.”

Walker was appointed by Abbott in 2017 and held a salary of $201,000, according to a Texas Tribune database.