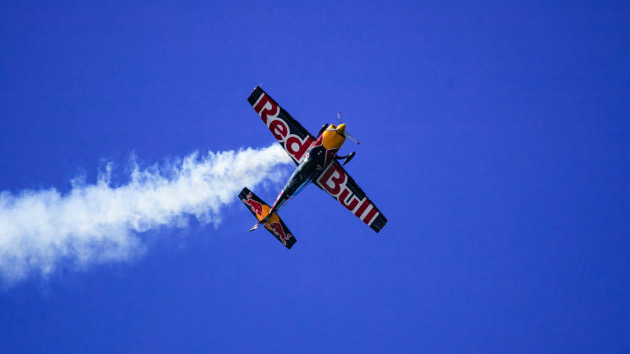 (WASHINGTON) — The Federal Aviation Administration this week revoked pilot certificates for the two men involved in a Red Bull-sponsored plane swap that resulted in a crash last month.

Luke Aikens, the lead pilot for the stunt, had requested an FAA exemption in February from a federal law requiring that aircraft be manned by a pilot at all times. He argued in his request that the planned plane swap was in the “public interest” as it was meant to raise awareness for science, technology, engineering and math fields and encourage students to pursue careers in STEM.

But two days before the stunt, the FAA denied Aikens’ request, saying it “would not be in the public interest and cannot find that the proposed operation would not adversely affect safety.”

Despite the rejection, Aikens and partner Andy Farrington, who is also his cousin, went on to attempt the plane swap on April 24 — while they were being live-streamed online — but they failed, causing one of the single-engine Cessnas to crash. Neither pilot was harmed.

The FAA described their behavior as “careless or reckless so as to endanger the life or property of another,” according to letters to both men dated Tuesday, notifying them of the revocations.

The agency also proposed a $4,932 fine against Aikens for “abandoning his pilot’s seat and operating an aircraft in a reckless manner.”

Red Bull did not immediately respond to a request for comment on Thursday; neither did Aikens nor Farrington.

In a previous statement on social media, Aikens said he would be cooperating with the agency in its review and acknowledged that “as project lead and chief pilot, it was entirely my responsibility to operate within the regulatory framework to ensure a successful outcome.”

He said then that he was aware of the FAA’s denial of his exemption before attempting the swap: “I made the personal decision to go forward … I regret not sharing this information with my team and those who supported me.”

Both pilots must surrender their pilot certificates “immediately,” the FAA said this week. Because of this, both Aikens and Farrington cannot fly legally.

The agency noted, however, that an appeals process is available for the revocations and that Aikens could participate in an “informal conference” regarding the possible fine.

He and Farrington cannot apply for or be issued new airman certificates for one year.