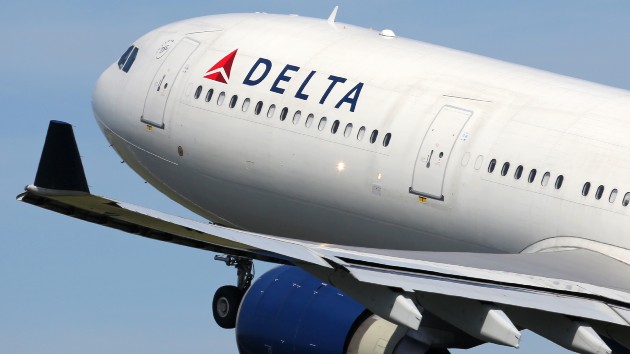 (NEW YORK) — A passenger is facing a $27,500 fine for allegedly hitting a Delta flight attendant in the face in October.

The Federal Aviation Administration announced the proposed penalty for the passenger on Friday.

The unnamed passenger was traveling on a Delta flight from Miami to Atlanta on Oct. 19. They were traveling and sitting next to another passenger who refused to wear his mask, secure his tray table or fasten his seatbelt, according to the FAA.

The flight then returned to the gate where flight attendants asked the two passengers to get off the aircraft.

In mid-January the agency announced that it would begin handing down stricter punishments to unruly airline passengers without a warning, including “fines of up to $35,000 and imprisonment.”

FAA Administrator Steve Dickson signed the order on Jan. 13 directing the agency to take a “zero-tolerance policy” in unruly passenger cases after the agency saw a “disturbing increase in incidents” of passengers disrupting flights with “threatening or violent behavior.”

“The order that I signed yesterday directs my safety inspectors and our attorneys and our chief counsel office to exercise all enforcement authority that we have,” Dickson told ABC News at the time. “Traditionally what we will do as we work through these situations, there are times when, every situation can be a little bit different, and there may be warnings, there may be counseling. But in this particular case, for the time being, up until March 30, we are going to go straight to enforcement.”

“We can always make it a longer time period,” Dickson added.

The agency said it has “initiated more than 1,300 enforcement actions against unruly passengers” within the last decade, “including recent cases for allegedly interfering with and assaulting flight attendants who instructed them to wear masks.”

The passenger facing the $27,500 fine has 30 days to respond to the FAA after receiving the agency’s enforcement letter.