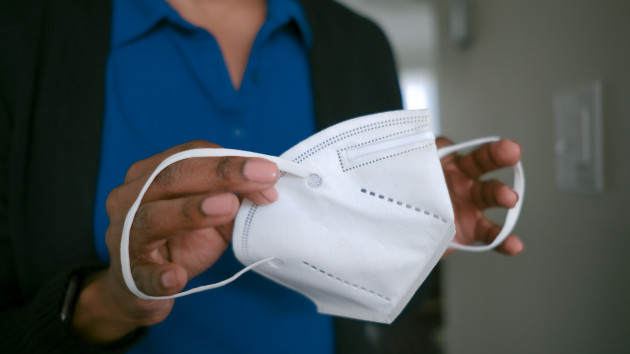 (NEW YORK) — Even as the pandemic situation sharply improves and protective mandates are lifted, just a third of Americans see the coronavirus as mainly controlled — and six in 10 say it’s more important to try to contain the virus than to lift restrictions on normal activities.

Fifty-eight percent in this ABC News/Washington Post poll continue to prioritize controlling the spread of the virus, 20 percentage points more than the share (38%) who say it’s more important to discontinue restrictions.

Click here to see the full results from the poll.

That’s informed by continued concern about an unpredictable virus that has taken nearly 950,000 American lives and continues to infect nearly 70,000 and kill 1,700 daily. Thirty-four percent see the outbreak as completely or mostly controlled, up from about two in 10 last month (in a Fox News poll of registered voters), but still far from a majority. Half instead say it’s “somewhat” under control.

That said, the most dire views have improved sharply. Just 15% now say the outbreak is “not at all” under control, down sharply from 41% last month, when the omicron surge was in full swing, with a seven-day average of as many as 800,000 daily cases.

The poll, produced for ABC News by Langer Research Associates, was completed a day before the Centers for Disease Control and Prevention dropped its recommendation of indoor masking for the roughly seven in 10 people who live in areas with low or medium transmission levels. Nearly all states with mask requirements had already discontinued them.

Another result points to cautious re-emergence. While 56% say they’ve fully or mostly resumed their pre-coronavirus life, that’s 10 points below its level in July, before the delta and omicron variants spurred record levels of infections. About a quarter say they’ve partly returned to normal; and 16%, barely or not at all. The latter is up from 9% last July.

Returning to normality is associated strongly with views of the pandemic. Among people who see the outbreak as completely or mostly controlled, seven in 10 report having largely resumed their pre-coronavirus life. That falls to 29% who say it’s not at all controlled. Indeed, 48% in this group barely have returned to normal life, if at all.