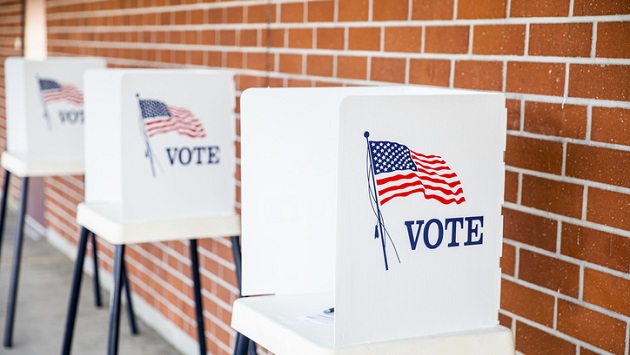 (WASHINGTON) — Early voting for Ohio’s May 3 primary starts in less than a week, and Election Day is just five weeks away. Yet the state’s congressional and legislative maps are still being litigated, leaving the approaching election in limbo.

As the redistricting process plays out throughout the country, states including Ohio, Missouri and Florida are scrambling as court cases drag on. Other states, including North Carolina, have already made the tough decision to delay their state primaries as a result.

Redistricting takes place every 10 years following a U.S. Census count and involves drawing lines that form congressional and state legislative districts from which public officials are elected. The process plays a significant role in shaping the political landscape for elections and determining which party gains control of Congress. That spells extensive legal battles as partisan players try to secure the advantage.

Federal judges are set to hear arguments Wednesday weighing different options for Ohio’s May 3 primary, which include pushing it back, holding two separate primaries or enacting previously rejected legislative maps.

“Resolving this self-created chaos thus depends not on the number of hands on the computer mouse but, rather, on the political will to honor the people’s call to end partisan gerrymandering,” the court wrote in its most recent decision.

Though the Ohio Redistricting Commission has drummed up a fourth set of maps, Ohio Secretary of State Frank LaRose said it was impossible the issue would be settled in time for the primaries. Last week, he ordered all boards of elections to remove the state House and Senate races from ballots with the warning they might be added back if federal courts intervene.

“This has been so unpredictable, so I don’t know what to tell you,” Aaron Sellers, a spokesperson for the board of Elections of Franklin County, one of the largest counties in Ohio, told ABC News. “We are preparing for a May 3 primary until we’re told not to.”

Sellers says options such as holding two primaries — one scenario would be to have one election with the old maps and another with the new ones to replace the initial results — could pose logistical challenges for election officials as well as uncertainty for voters about what could happen if the courts reject the maps after voters cast their ballots.

“It would be hard to imagine that once a race took place, that they would rule the maps unconstitutional and have to do it again. But yeah, I suppose that could happen.”

It’s not just legislative state House and Senate maps in question in Ohio. The state Supreme Court is also weighing a new set of congressional maps, including races for the U.S. House of Representatives, after previously striking down a Commission-approved map, also for unfairly favoring Republicans. The court’s decision, however, isn’t expected until weeks after the primary election is scheduled.

“There is no reason to expedite this case. At this juncture, it is abundantly clear that this case will not be litigated prior to the 2022 primary election,” the court argued in its brief laying out the schedule for arguments.

The court timeline means the congressional maps courts previously said were unfair will likely be used in the primaries. The courts advised state lawmakers to push back the primary; however, a Republican-controlled legislature was able to block those efforts.

The refusal to delay the May 3 primary is already causing a host of problems and missed deadlines. Overseas and military ballots were scheduled to be sent in mid-March; however, without finalized districts, LaRose reached an agreement with the federal government to postpone mailing ballots until April.

Florida Gov. Ron DeSantis vetoed his state’s newly drawn congressional maps approved by a Republican-controlled legislature Tuesday. DeSantis had long promised to do so and pushed his colleagues to consider his own congressional map, which would give Republicans more power. With a primary in August, the Florida legislature will have to be called back for a special session to draw new districts.

In Missouri, redistricting remains unfinished even though candidacy filing for the 2022 midterm ended Tuesday evening. Part of the delay resulted from infighting among Republicans about how to draw congressional districts that would better benefit the party. Last week, the state Senate approved a congressional map, but it was not brought for a vote in the House because Democrats were split. The general assembly was not able to finalize a congressional map before candidate filing for the 2022 midterms ended Tuesday evening.

Democratic attorneys filed a lawsuit asking the courts to step in and draw new congressional districts for the state.

Maryland and North Carolina, however, aren’t taking chances and have already rescheduled their primaries. Earlier this month, the Court of Appeals of Maryland issued an order pushing back the state’s primaries by three weeks as redistricting battles continue to play out in court. And last December, the North Carolina Supreme Court ordered that the state’s 2022 primaries be delayed two months due to lawsuits challenging Republican-drawn congressional and legislative maps.