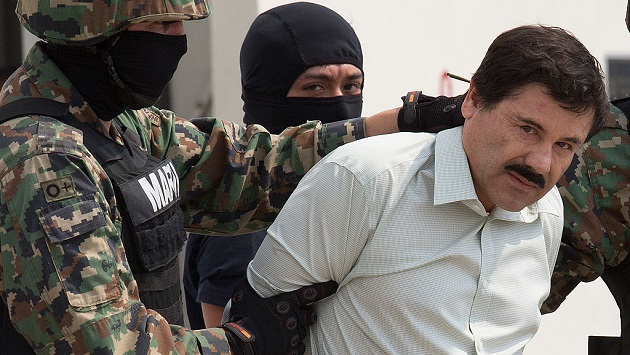 (NEW YORK) — A federal appeals court on Tuesday upheld the conviction of the Mexican drug lord known as El Chapo.

Joaquin Guzman sought to overturn his conviction in Brooklyn federal court on ten grounds. The appellate court concluded “none of these claims has merit.”

Among Guzman’s arguments, the strict conditions of his confinement before trial inhibited his rights to prepare a defense and benefit from the assistance of counsel.

“While respecting the Court’s ruling, we’re disappointed that substantial allegations of grave jury misconduct continue to be swept under the rug and left wholly unexamined in a case of historic proportion — all, it appears, because of the defendant’s matchless notoriety,” said Guzman’s attorney, Marc Fernich, in a statement Tuesday.

Guzman was convicted in 2019 of conducting a continuing criminal enterprise, including large-scale narcotics violations and a murder conspiracy, drug trafficking conspiracies, unlawful use of a firearm, and a money laundering conspiracy. He is currently serving a life sentence.

El Chapo was the leader of the Sinaloa Cartel. Under his leadership, the Sinaloa Cartel imported more than a million kilograms of cocaine and hundreds of kilograms of heroin, marijuana, and methamphetamine into the United States. Trial evidence proved the cartel used murder, kidnapping, torture, bribery of officials, and other illegal methods to control territory throughout Mexico and to subdue opposition.

In November, Guzman’s wife, Emma Coronel Aispuro, was sentenced to 36 months in federal prison for conspiring to distribute cocaine, meth, heroin and marijuana for import into the U.S; money-laundering and helping run the Mexican drug cartel in which her husband was the boss.

‘All eyes are on El Paso,’ the latest epicenter of migrant surge